The 2021 Carolina Panthers got off to a promising 3-0 start, but after winning just two of their next 12 games, reports of discord and even “embarrassment” are starting to emerge.

According to The Athletic’s Joseph Person, Panthers owner David Tepper feels a lot of regret about giving head coach Matt Rhule a massive contract when he was hired in 2020.

Rhule was hired in Carolina in 2020 after overseeing quick turnarounds at Temple and Baylor, but sources say owner David Tepper is unhappy and embarrassed after the $16 billion hedge fund manager gave Rhule a seven-year, $62 million deal to outbid the New York Giants for his services.

Embarrassment is pretty much the last emotion a head coach wants his owner to feel. However, Person also reported that Tepper isn’t ready to fire Rhule yet, and will give him a third year to right the ship.

But there are a lot of issues for Rhule to fix, and most, if not all, start with him. He reportedly micromanages “everything that touches football,” and assembled a staff with no experience as NFL assistants or coordinators. Some players have started doubting his “process,” which thus far hasn’t led to visible results or any sustained success.

Panthers are a ‘clusterf***’

According to Person, one Panthers source called Rhule’s second year as head coach a “clusterf***,” and it’s hard to argue that word doesn’t fit the 2021 Panthers. Their regression from 2020 has been pretty stark. Via The Athletic:

The Panthers were more competitive in 2020, when they finished 5-11 with [Teddy] Bridgewater at quarterback. Carolina lost six games in 2020 by 7 points or fewer, compared to three this year. Their average margin of defeat in ’20 was 9.2 points; this year the Panthers have lost by an average of 13.7 points.

The defense, which is second in the league in yards allowed, has been a bright spot. But even that is losing its luster, with the defense getting worn down over time — especially since they’re on the field so much due to issues with the offense.

And the offense definitely has issues. The Panthers gave up three draft picks for Sam Darnold last offseason and immediately picked up his fifth-year option. But getting Darnold away from the self-immolating New York Jets didn’t result in overwhelming success. It hasn’t helped that their offensive line is leaky and star running back Christian McCaffrey has been absent for half the season.

Darnold fractured his scapula in Week 9, which led to the signing of former star QB Cam Newton. A promising first game led to more disappointment: Newton lost all five games he started, and now a healthy Darnold has been tapped as the Panthers’ Week 17 starter.

The Panthers have problems on every side of the football, and now they have an owner who is reportedly unhappy with the team’s direction, and also “embarrassed” by the contract he gave his head coach. If Rhule can’t figure out how to get the Panthers to visibly improve in 2022, Tepper’s patience is almost guaranteed to run out and and Rhule will get a one-way ticket out of town.

Fri Jan 7 , 2022
WALLINGFORD — While some businesses closed their doors during the pandemic, Massiel Abramson saw the global crisis as an opportunity for a new venture to help people with their mental health.  In June of 2020, the Wallingford resident launched Massiel Abramson, LMFT, Therapy & Consulting. It provides clinical treatment, mental health and professional […] 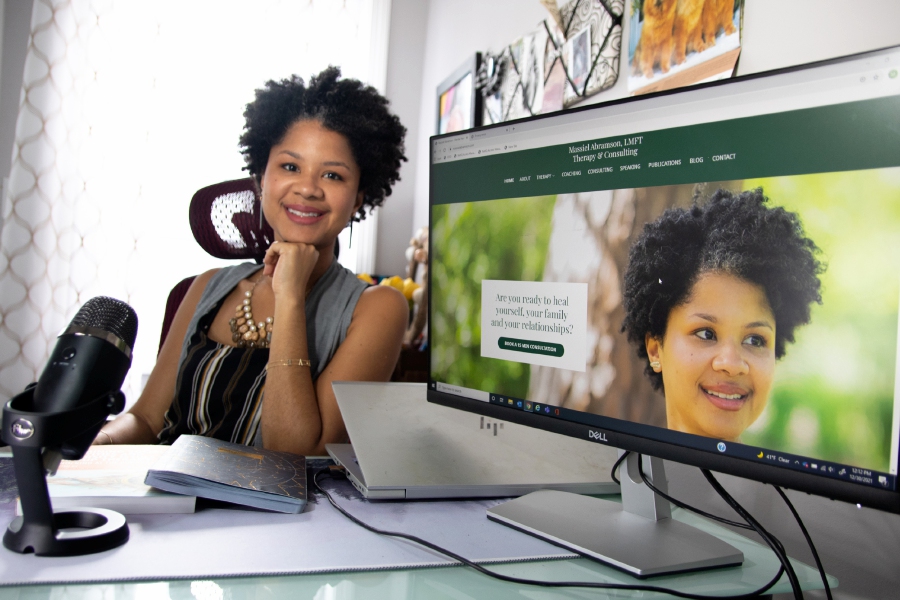