“The first impression is the chart,” says Gracie Himmelstein, a physician training in internal medicine at the UCLA David Geffen School of Medicine. “That narrative is going to shape your views of the patient, even if you think you’re just looking for the clinical data.”

Himmelstein and colleagues analyzed more than 48,000 hospital admission notes from a Boston medical center. Stigmatizing language overall, and about diabetes and substance use disorder in particular, was more often used in the notes of Black patients compared with white patients, the team reported January 27 in JAMA Network Open.

Headlines and summaries of the latest Science News articles, delivered to your inbox

Thank you for signing up!

There was a problem signing you up.

Another study combed through more than 40,000 medical notes from a Chicago medical center. Black patients were more likely to be described as not complying with or resistant to treatment, among other unfavorable terms, a different research group reported in the February Health Affairs.

The two studies appear to be the first to quantify racial bias in the U.S. electronic health record. Bias can drive health disparities — differences in health tied to social, environmental or economic disadvantages — that occur between different racial and ethnic groups. For example, Black infants have a higher mortality rate than white infants due to health disparities (SN: 8/25/20).

The Health Affairs study’s team designed a computer program to look for phrases with negative connotations, including “not compliant,” “not adherent” and “refused,” in medical notes written from January 2019 to October 2020 for close to 18,500 patients. Overall, 8 percent of the patients had one or more negative terms in their electronic health records.

Black patients were 2.5 times more likely to have such words in their medical notes than white patients, the researchers found. This language “has a potential for targeted harm,” says coauthor Michael Sun, a medical student at the University of Chicago’s Pritzker School of Medicine.

Himmelstein and colleagues scrutinized the electronic health record for negative language like “nonadherent” and “unwilling” along with stigmatizing words — including the verb “abuse” —  that label or place blame on the patient. The team studied medical notes that were written from January to December in 2018.

Overall, around 1,200, or 2.5 percent, of the admission notes contained unfavorable language. Notes about substance use disorder and diabetes had more of that language woven in, at 3.4 percent and 7 percent, respectively. In the full sample, Black patients were nearly 1.3 times more likely to have stigmatizing terms in their notes than white patients. That factor was about the same when the researchers focused on diabetes notes, while for records about substance use disorder, Black patients were 1.7 times more likely to have negative descriptions.

The new studies didn’t assess what impact the biased notes had on patients’ medical care. But other research has found that when short descriptions of a patient include stigmatizing language, the negative terms influenced physicians’ treatment decisions, making doctors less likely to offer sufficient pain medication.

Along with potentially leading to worse care, bias in medical notes may sour patients’ perception of their providers. Patients now have the right to read their electronic health records, as mandated in the 21st Century Cures Act. Notes that include stigmatizing or biased depictions can “potentially undermine trust,” says primary care doctor and health equity adviser Leonor Fernández of Beth Israel Deaconess Medical Center in Boston.

In a survey of nearly 23,000 patients, Fernández and colleagues found that 10.5 percent felt offended or judged, or both, after reading their own notes, the team reported in the Journal of General Internal Medicine in September 2021. (The survey didn’t ask about discrimination or racial bias specifically.) Many respondents also explained what prompted their feelings. One participant wrote, “Note said I wasn’t doing everything I could to lose weight which was untrue and very upsetting to see my Dr thought of me like that.”

Researchers have written about ways to remove stigma from descriptions of substance use disorder and obesity, among other conditions. This guidance encourages language that does not identify the patient by their illness and that focuses on the efforts a patient is making.

Rather than labeling a person a “diabetic,” for example, health care providers can write that a person “has diabetes,” researchers from a diabetes care task force recommend. And instead of describing a patient as “non-compliant” with their medication, the researchers suggest explaining why, as in, the patient takes insulin “50 percent of the time because of cost concerns.”

By noting the barriers to a patient’s ability to follow medical advice, says Himmelstein, a health care provider can “engage with that in a way that’s actually helpful in promoting health.” Instead of using terms like “non-compliant,” Sun hopes health care providers “think about what other context and what other story” can be told about the patient.

Accounting for the challenges a patient faces “actually makes you more effective” as a health care provider, says Fernández, and makes the patient less likely to feel blamed.

In the Health Affairs study, Sun and his colleagues observed an unexpected and encouraging change in the electronic health record over time. For notes written during the second half of the study, from March to October of 2020, it was no longer more likely that Black patients’ notes had negative terms compared with white patients. That time period coincided with the start of the COVID-19 pandemic and Black Lives Matter protests.

More work is needed to sort out what’s behind the drop, says Sun. He and his coauthors note that health care providers may have considered patients with COVID-19 less responsible for their illness, in contrast to other conditions. But perhaps it has something to do with how “impactful” that period was, Sun says, in raising awareness of racial health disparities. Perhaps the shift was “out of empathy.”

Tue Apr 19 , 2022
Allen Institute headquarters in Seattle. (Allen Institute Photo) The legacy of the late Microsoft co-founder Paul Allen lives on at some of Seattle’s most innovative institutions. This week GeekWire profiled the AI2 incubator, a branch of the Allen Institute for AI (AI2) launched by Allen in 2013. GeekWire co-founder Todd Bishop […] 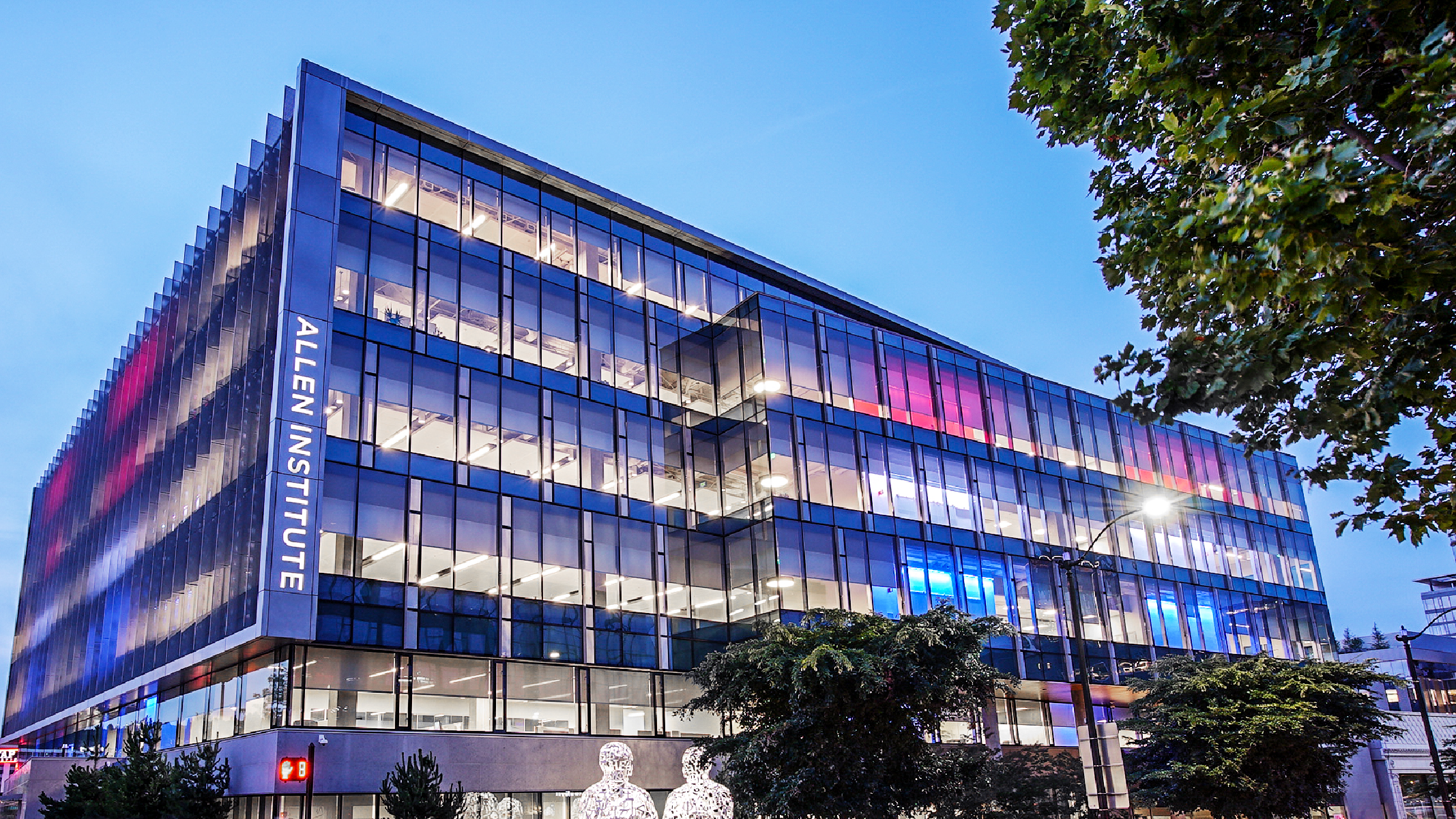