How would sport be different if everyone was allowed to dope? Johnny Addison, Bonnyrigg

I guess athletics would be pretty much the same? Stillgrizzly

I’m no scientist, but I think, on top of the obvious performance improvements:

When cycling was rife with dopers after widespread EPO and blood doping, the argument used by many was that if everyone was at it, then it was “a level playing field”. But actually it just meant those who reacted the best to the doping invariably won. In the case of EPO usage, this is dependent on your natural haematocrit levels (volume percentage of red blood cells in blood). If you start with a natural high level then there’s far less of an advantage to be gained. For instance, Lance Armstrong’s teammate George Hincapie had little to gain and was still able to compete at a high level after he stopped doping. Armstrong, however, made massive gains with his much lower natural level. Of course, this is a simplified explanation, but it gives you the nuts and bolts.

On different note, you would still have to put some sort of cap on usage otherwise you end up with a lot of dead people. Many young riders died of heart attacks as their blood became so thick with the extra red blood cells that their hearts were unable pump this super viscous fluid. hucklehuckle

I recall one of the many Armstrong documentaries in which Tyler Hamilton described his PED use, when he said none of his doping had improved his performance as much as simply losing some weight. Besonders

So many sports employ technology to enhance performance. Racing cars are constantly being improved and tweaked, skis get waxed, rackets tightly strung. Performance-enhancing clothing, compression socks, wind-resistant helmets are all designed to enhance performance and are seen to be part of the sport. They are often controlled to ensure a level playing field by sport governing bodies.

We have seen that competition in single sports can be divided into multiple categories to group people of different ages groups, size, gender, disabilities etc. The recent exclusion of some women from their sport due to the levels of particular hormones that their bodies naturally produce, however controversial, is an indication of the capacity for the micro-management of competition.

With such scientific complexity surrounding so many aspects of sporting competition I have wondered at what stage do we give in to PEDs or doping techniques and embrace the science that makes athletes perform better. Run separate competitions for those that do and those that don’t. Let the athletes choose which path to follow. Claire Hunter, Newcastle

It’s worth noting that the original reason drugs were banned had nothing to do with ensuring a “level playing field”, it was to protect athletes. Some substances that may be able to enhance performance also have highly detrimental or even dangerous side-effects. The authorities didn’t want athletes to be in a position where they had to choose between becoming uncompetitive and damaging their bodies, so the decision was taken to ban potentially harmful substances. If it were up to me, I would get back to that philosophy, and ban substances not on the basis of whether or not they enhance performance, but on whether they are harmful. Shasarak

Relying on those grounds solely would be a bad idea. It requires a governing body to define which substances are harmful and then ban them. Any substance not on the list would therefore be fine. But new substances are constantly being developed, and this rule change would accelerate that.

Any new PED would perforce be permissible until its harmful effects had been discovered. We would have unscrupulous labs constantly pushing the boundaries. But in a lot of cases harms don’t become apparent for years, sometimes decades. How many athletes would be harmed before these side-effects became known about and the substance finally banned?

By banning PEDs you cut all of that out. It allows a substance to be retroactively banned simply for being performance-enhancing, no proof of harm required. This means that those unscrupulous labs will never get started, because the returns on investment would be too small. It nips the problem in the bud, rather than waiting for its worst effects to manifest. ReidMalenfant

Intersex people and trans women have established themselves at the highest level of women’s sport, so should we ask the question of whether women can dope up to the Olympic testosterone limit allowed for trans women? Omega_Man

You would presumably see the biggest differences in sports that emphasise power and endurance over complex skills. But you might find athletes in complex skill sports turn their attention to cognitive performance enhancers for improved reactions and decision making. BowersTowers123

We could have Olympic teams sponsored by drug companies. That would be infinitely preferable to the current system, where the displays of national chauvinism are pretty unpleasant. BelieverInScience

I’ve no doubt an “alternative Olympics”, championships, etc would emerge in very quick time – events where only those who were drug-free could compete. Redundant testers would soon be re-employed, and if prize money was a bit thin on the ground, it could be declared amateur only.

Such a novel idea would catch on and displace the existing free-for-all. It would also enable the pre-drug record books to be reinstated, as they would have been corrupted by drug-taking being permitted. Ethical companies would quickly realise that sponsoring clean events was better for business. The “dirty” events would die out thanks to public opprobrium and finally the sporting world would be cleansed. JohnWig

They do sort of have this in weightlifting/bodybuilding. Doesn’t work that well from what I can see. uncollective

I was listening to a podcast the other day that was discussing why we feel uncomfortable with athletes doping for faster recovery, whether from training or from injury, but we’re OK with radical surgeries to bring athletes back from otherwise career-ending injuries. I’m not talking about doping to gain an advantage during competition, such as steroids or amphetamines. And I’m aware that there is a grey area – EPO gives you a stamina boost during the race but also aids in recovery, where does that fit?

Essentially, the podcast was asking if there’s any meaningful distinction between Tommy John surgery, or a total ligament replacement with donated tissue, as in the case of Ben Foster, and taking HGH to speed up recovery from a muscle tear.

The surgeries and the drugs are there to bring the athlete back to pre-injury fitness, and are not generally, I believe, the standard treatment for non-athletes. If I tore my ACL, the NHS would almost certainly try to repair it with the acknowledgment that it would probably never be the same again, rather than replace it with someone else’s on the first try.

And yet taking HGH in this scenario is largely banned, while bleeding-edge surgical interventions are not. I’m not suggesting that athletes shouldn’t get whatever surgery they need, but I have to say the distinction eludes me. TamberApping

A lot of people would die and suffer appalling health problems. If people could dope, you couldn’t set the limits of dosage or the number or type of drugs and other treatments that could be undertaken. So, it would be come a war of increasing dosages and cocktails with sportsmen and women dropping dead and collapsing from adverse health affects all over tracks, pitches, roads, rings etc. Those who didn’t want to dope would stand little chance and would drop out of sport altogether or give in and dope, suffering the same effects. Doping would have to be banned for under-18s anyway, but this would be ignored, leading to a regime of testing for children and adolescents but not adults. Sport starts for very young kids who would be doping from five years old or younger, egged on or pressured by coaches or pushy parents. It wouldn’t just be elite sports people, but everyone who plays sports. Doping already extends to some extent into grassroots sport; it would become ubiquitous. The health consequences would be appalling, and health services would struggle. Sport would not become an activity for health but one that damaged it radically. And it would benefit big pharma but no one else. Many people would give up following, supporting, paying for and playing sport entirely. It would be an utter disaster. Conanbarbarian

Sat Oct 23 , 2021
Fresh off her recent Emmy win for the comedy series “Hacks,” Jean Smart is ramping up development at her production company, SmartAngel Entertainment. Smart and her producing partner, Angeliki Giannakopoulos, have acquired the rights to the real-life stories of two individuals who challenged the status quo and took a stand […] 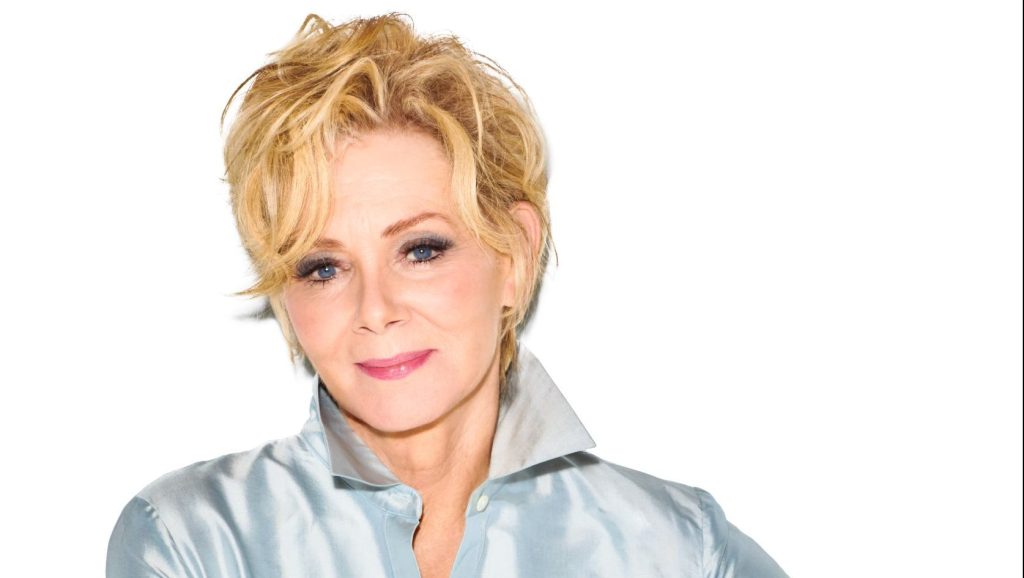