Most investors made a killing over the last two years as prices leapt across virtually every sector of the residential market. But some investors are learning that even supposedly ironclad “Swiss bank vault” Manhattan towers carry big risks.

The XI, a massive $2 billion, 236-unit condo project with twisting twin towers designed by superstar architect Bjarke Ingels, is currently rotting along the High Line in Chelsea. Last year, the financial collapse of its developer, HFZ Capital Group, halted construction on the XI. It went into foreclosure, washing away tens of millions in investor capital with it.

“No one knows when it will be finished,” said Kitt Garrett, a Chelsea resident and member of community group Save Chelsea. She added that the boarded-up sidewalks have made the High Line less pleasant and the area feel less safe.

“If you have someone looking at new luxury construction and there is a [languishing] development site across the street, people are going to have pause,” said Compass broker Michael J. Franco of the “big drag” the project has put on the neighborhood.

“You have to tell them it’s on hold, and you don’t know when it’s going to start up again.”

According to documents filed last year with the state attorney general’s office, HFZ sold 38 units at the XI before stopping sales in the building. Those buyers should eventually receive their apartments after the building is completed by whoever purchases HFZ’s debt, said attorney Adam Leitman Bailey.

An auction scheduled by the project’s lender, the Children’s Investment Fund, a British hedge fund, has already been pushed from last fall into the new year.

“If the market had kept going up, and you didn’t have COVID, these guys [HFZ] would have been fine,” said Leitman Bailey. “But they weren’t doing that well, they were just getting by, and then COVID hits, and that just wipes you out.”

But investors lost big on other HFZ developments, too.

Over the last decade, HFZ principals Ziel Feldman and Nir Meir developed and converted more than a dozen of the city’s most splashy and luxurious new apartment buildings like the storied Belnord on the Upper West Side, the Bryant overlooking the New York Public Library and the Astor, a historic Upper West Side building originally built by William Waldorf Astor II in 1909.

Many small-time millionaires put money into these HFZ projects at the preconstruction stage with the understanding that they would ultimately get units in those buildings.

At the time, it no doubt seemed a good way to score an apartment at a discount. Now, however, many are suing the developer, claiming they were cheated out of the units they were promised. Because these transactions were technically investments, as opposed to traditional apartment sales, the individuals don’t enjoy the same protections a typical buyer would.

“They would delay as much as possible,” said a condo investor, who requested anonymity, of the developer, whose entire portfolio of buildings is being gobbled up by rival real estate sharks who smell blood in the water. “They would blame the market or construction or the banks or whatever the reason might be to delay delivering [the units] for as long as humanly possible.”

The investor said that he waited more than five years to close on a unit HFZ agreed to provide in exchange for his investment.

HFZ “started making all kinds of excuses as to why they couldn’t close,” they said. Ultimately, “We understood that HFZ had no intention of ever closing on our unit.”

It remains unclear just how many Joe Schmo buyers went down with the ship, but multiple cases involving such deals are currently working their way through the New York court system, and there will likely be additional suits to come, said one source familiar with the dealings, who also requested anonymity.

This source said he knew of roughly 10 individuals who had invested money in HFZ buildings with the expectation of receiving a unit or units in those buildings. He said these investments ranged from $3 to $4 million to more than $10 million.

HFZ took the money but in some cases never delivered the promised units. Now, it’s unlikely these investors will get much, if any, of their money back.

In a lawsuit filed in December of last year, investor Sergey Kostyatnikov claimed to have put $3.8 million into HFZ’s condo conversion the Marquand, at 11 E. 68th St. in Lenox Hill.

According to his suit, Kostyatnikov (who, through his lawyer, declined to comment) was entitled to one of two units in the building. HFZ never delivered either of those units to Kostyatnikov but instead agreed to offer him a pair of units at the company’s Upper West Side condo building, the Astor. Per Kostyatnikov’s complaint, he never received those units either.

In another suit, an investor acting through limited liability company Astor Ben Sasha LLC claimed to have put $6.2 million into the Astor in 2014 in exchange for a unit in the building. According to the suit, they have been waiting to take possession of the unit ever since, despite pumping another $1 million into “build-outs and interior work and finishes” for the apartment.

Another LLC, Arel Capital Partners II, is suing HFZ over $7.3 million it claims to have invested in the company’s condo projects 88-90 Lexington, Fifty Third and Eighth and the Astor in exchange for a pair of units at the latter building, which it never received.

Instead, the suit alleges, HFZ refinanced these four buildings and ploughed the proceeds from that transaction into its ill-fated XI project, which was slated to house the city’s first Six Senses hotel (now also indefinitely delayed).

Would-be buyer Jenny Kwan lent HFZ more than $3 million in 2015 with the understanding that the funds could serve as credit toward purchase of a unit at the developer’s Bryant condo building at 16 W. 40th St.

Last month she sued the firm for refusing to close on a pair of units in the building while continuing to keep her money.

The problem for these individuals, of course, is that HFZ has gone bust and appears to have neither the money nor the apartments to pony up.

In August, Feldman filed a lawsuit claiming that Meir siphoned up “tens of millions of dollars of HFZ’s money,” blowing the funds on luxuries like a sprawling Hamptons mansion. He called his former partner a “sociopath” 17 times in the court filing and compared him to Bernie Madoff and cult leader Jim Jones.

Meir has denied those claims — but has since liquidated his largest assets. He sold his Hamptons playground to billionaire Robert Kraft for $43 million this year.

Little wonder Feldman is so exercised — as the guarantor on a number of loans HFZ took out to build its projects, he could be on the hook personally for tens of millions of dollars.

He has also begun liquidating his personal real estate holdings.

In January, he sold his Bridgehampton estate at 187 Dune Road for $50 million. Feldman is also trying to unload his penthouse at HFZ development the Marquand. He recently cut his asking price for the 6,200-square-foot pad from $39 million to $35 million.

Representatives for HFZ and Feldman declined to comment, as did Meir’s attorney.

Their real estate empire gone, Feldman and Meir are a reminder that even gold-plated Manhattan property deals can turn sour.

Thu Dec 16 , 2021
The quarterback who still has something to prove showed that maybe he really is built to win big games. The head coach who still does too, showed that maybe he’s not. The Los Angeles Rams and QB Matthew Stafford defeated the Arizona Cardinals, coached by Kliff Kingsbury, on Monday night, […] 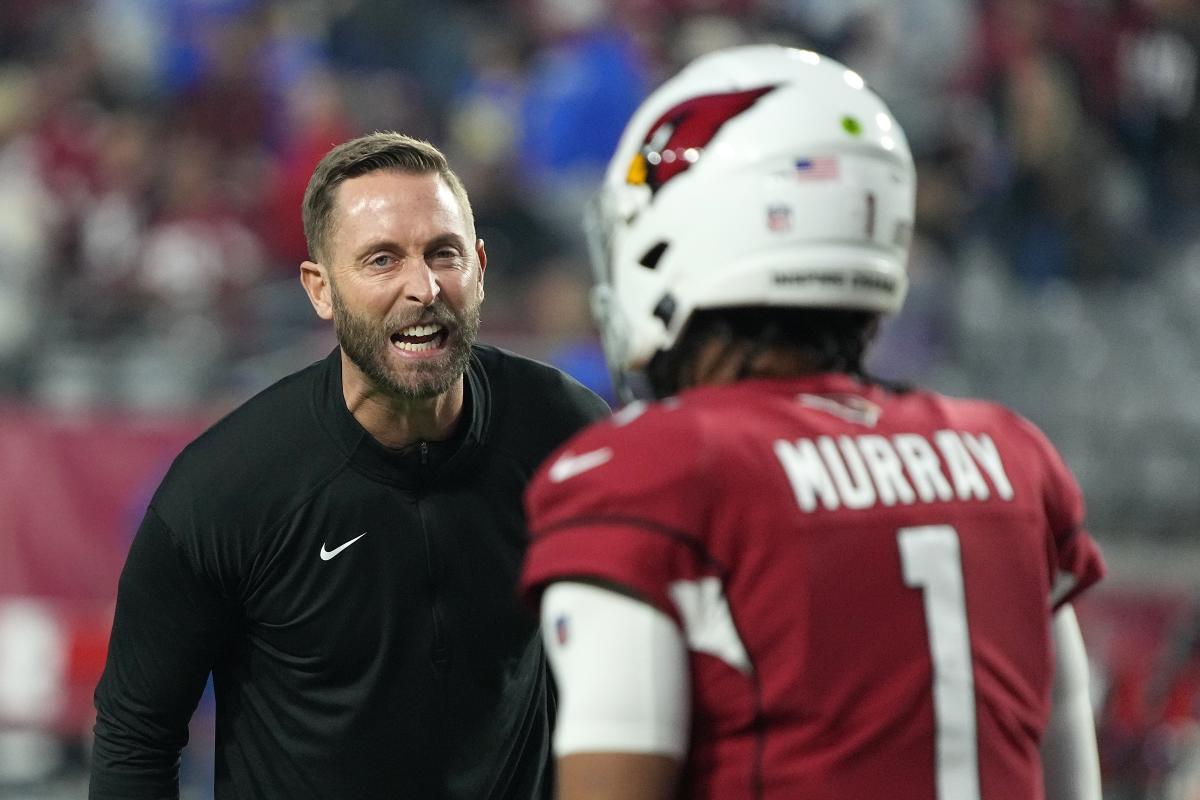