It took Dion McNeeley two years to save up for his first investment property.

At the time, the 51-year old father of three was making $17 an hour working at a commercial-truck-driving school in western Washington and living paycheck to paycheck. He’d never had more than $1,000 in his bank account.

McNeeley put in overtime hours at work and lived frugally until he had about $20,000 in savings, which ended up being enough for a down payment on a $300,000 duplex that he purchased in the Tacoma area in 2013.

After closing on his first investment property, it took McNeeley another two years to save up for the next investment purchase, which ended up being another duplex that he bought in 2015. At this rate, he figured he’d be able to buy a building every other year, and set an ambitious goal of acquiring five investment properties within 10 years.

McNeeley was able to speed that timeline up, however, thanks to what he calls the “income snowball.” It’s a phenomenon that started to kick in during his fifth year of investing in real estate. He gradually started earning more — from his growing rental income and through a promotion at work — while maintaining the same spending habits, meaning that he was able to save more and invest his extra savings into additional real estate acquisitions.

The income snowball takes time, however. “It isn’t a ‘get rich quick’ strategy,” he emphasized. “It’s ‘get wealthy for sure.'”

But anyone can watch their income snowball if they follow three steps, he said:

1. Trade down on housing if and when possible. First things first, reign in your spending, said McNeeley. Rather than cutting out the small stuff, like your daily coffee, focus on trimming your major expenses, like housing and transportation.

He reduced his housing costs by buying multi-family homes, living in one unit, and renting out the others. The first investment property he purchased was a duplex. He moved into one half and rented out the other, which allowed him to save significantly. He went from paying $1,500 per month in rent to paying just $300 to live in his own home, since rental income from the other half of the duplex nearly covered his entire mortgage.

Currently, he lives for free in one of his properties. He lives in one unit of his fourplex and rents out the other three (plus, he rents out a room in his unit), which covers his entire mortgage and then some.

2. Increase your income. McNeeley found a couple of unconventional ways to boost his income. When he was saving up to buy his first property, he put in many overtime hours at work. However, outside of work, he also earned an additional $350 each month playing multiplayer online games like Ultima Online and World of Warcraft.

“In games like these, some items are hard to get or take a lot of time to acquire. I would gather the resources to get the items,” he explained. “In Ultima Online, it was virtual real estate — players could own houses — so I would take the time to create the house, any size from a small cottage up to a castle, and sell them. Each game has its own economy and learning that economy made it possible to consistently make several hundred in profit a month.”

McNeeley also earns side money doing expert testimony. As a former truck driver and police officer, he provides expert testimony on law enforcement cases or on court cases involving a truck driving accident, for example. “You usually get paid a $1,000 retainer to provide your opinion, and then you get paid $150 an hour if it ever goes to trial or if you get deposed,” he explained.

3. Maintain a frugal lifestyle and avoid lifestyle inflation. You can’t let your expenses grow with your income, emphasized McNeeley. “When you get that first rental, that doesn’t mean you take the cash flow from the rental and get a nicer car or take a nicer vacation. You add the cash flow into the purchasing of the next asset. That’s how your income snowballs.”

It took five years before McNeeley started to feel the effects on the income snowball. “The first four to six years are the hardest,” he said, especially when you start making more money. It requires discipline to invest it back into cash-flowing assets, rather than spending it all.

It’s worth it though, he said. “Once work is completely optional and we can do the job we want instead of the job we have to do, life is a lot more interesting.”

Today, his income continues to snowball. He earns rental income from his growing portfolio of properties. Plus, he still earns a salary from his day job, where he’s worked his way up to president of the company. He also still does expert testimony and makes money from his YouTube channel.

Think beyond your day job, he encouraged.

“I make way more money spending two hours a month on real estate and one to two hours a month providing expert testimony than I make running a truck driving school. The mistake a lot of people make is selling their lives one hour at a time and not realizing that you make a lot more money when you get paid on the value you produce.”

Wed Apr 6 , 2022
Sean McVay will be back in Los Angeles for the 2022 season. The Rams coach confirmed to ESPN on Friday that he is not pursuing any television opportunities and that he is committed toward helping the Rams in their quest to win back-to-back titles.  The Rams coach was slated to meet […] 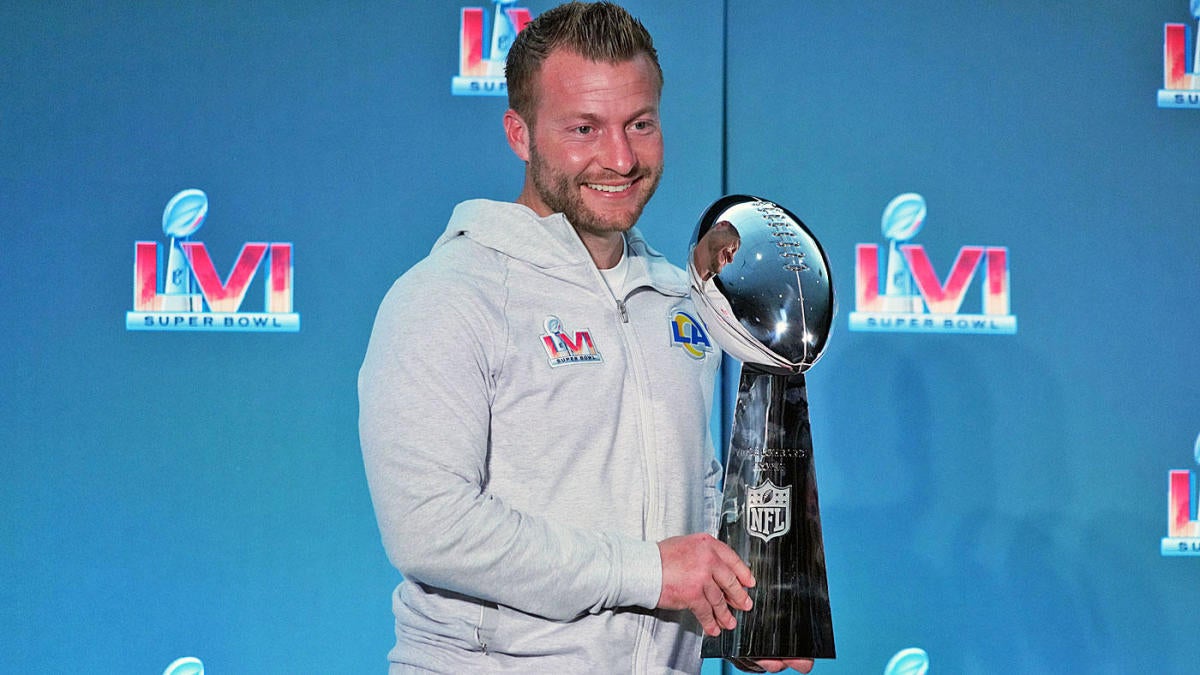