There are many factors that lead to a person becoming an entrepreneur. During the Great Recession, there was a steep increase in the number of people starting businesses. Entrepreneurship levels increased from 2007 to a peak in 2009 at 17% higher than pre-Recession levels. Business creation was higher in areas where unemployment was higher, indicating that job loss spurred individuals to create their own employment.

The United States is now going through a similarly turbulent time, but the drivers of labor market disruptors are very different. During what has been dubbed the “Great Resignation” workers are not being forced to change the way that they make money, but are choosing to. Not everyone is resigning to launch their own venture though. The June Labor Report found that 34% of unemployment was caused by people quitting their jobs because they feel confident finding other jobs. They are taking advantage of a tight labor market to negotiate for higher wages.

But millions are starting new businesses. New business applications were up by 69.9% in Q3 of 2020 compared to the previous year and in June 2021 alone, 448,000 people have applied to start a new business in the US. While it’s too early to judge if their businesses will succeed, we can learn from entrepreneurs who have already traversed the path from corporate employment to small business ownership.

Rebecca Allen founded her eponymous shoe company, Rebecca Allen Inc., to solve a problem that many women of color face in the corporate world. At Goldman Sachs, where Allen was working in investment management, “the nude pump was something that all of the white women in my office wore. It’s the wardrobe staple. It lives under your desk. It goes with everything. And it looked so silly on me.” According to the popular fashion blog, Who What Wear,  “[nude heels] elongate the natural line of your leg…wearing nude heels should make you feel nearly barefoot.” Allen is a Black woman and so the pale pinkish-beige color we associate with nude doesn’t give her the illusion of barefootedness. Allen’s line of elegant and timeless heels and flats come in a range of shades from Nude I, “a warm, chocolate brown” to Nude V, a color that matches the skin tone of Emma Stone.

Allen launched her company in 2018, long before we could even imagine that a global pandemic would spur the “Great Resignation”. Because of that, we have a lot to learn from her experiences as millions take the leap to entrepreneurship this fall.

The first consideration is when to leave your job. “If you can manage keeping your day job and working up to the point where you really need to make a decision, where it starts to eat into your performance, I think that’s a great way to de-risk it,” says Allen. For her, she left a little bit earlier. Before leaving Goldman, she had done a lot of research and sampled products, but had by no means launched her brand or generated revenue.

This was possible because not only did she have savings, but she also had a partner earning an income and together they could make it work. Quitting a job to start a business can cause a big shift in your life, lifestyle, and relationships. Having a partner who is supportive, whether that’s financially, emotionally, or professionally, can be critical.  “We had both taken entrepreneurial positions at different points. There was a point in our relationship where I was the primary breadwinner and was making more money and my husband went to work for a startup…so I think there’s definitely a kind of give and take,” Allen shared.

Once you have the timing figured out and the support of the important people in your life, it’s time to work your networks to learn everything you need to know about your new product, service, or venture. Allen had no background in fashion but with an MBA she said, “you kind of know enough to figure out what questions you need to ask to figure something out.” Even if she didn’t have all the expertise in her network to figure out how to launch a shoe line, her connections introduced her to people in their networks. She was able to bring on an esteemed advisor in the footwear industry and an expert at brand house that handles licensed products to answer the basics, act as a sounding board for Rebecca Allen’s initial styles, and review construction.

While it may seem counterintuitive, it’s also important at these early stages to decide how you will know that the business is not working. Allen worked out with her husband how long they could go without her salary. Laying out a plan of what milestones you need to hit by a certain time frame can make it easier to be rational about your business prospects, but you also need to be flexible. “We were a little early to it but, but have been right. Thanks to the internet, [now] consumers can filter for the things they care about when they go out to shop, whether that’s sustainability or shopping women-owned businesses or Black-owned businesses,” said Allen. She ended up pushing back her timelines a bit, but when George Floyd’s murder last summer sparked a “renewed energy around racial justice,” Allen’s brand promise resonated across the market.

This summer Nordstrom started selling Rebecca Allen shoes, a huge win for a new brand trying to make dressing effortless for every woman. It also gives Allen a platform to make change in the industry. “They are figuring out how they’re holding themselves accountable to the big strategic initiatives that they’ve made around inclusivity, because all of this is very new for these organizations. And so I just let them know that I was available as a resource”, said Allen. Nordstrom has implemented several of Allen’s suggestions.

Rebecca Allen, Inc. still has a lot of challenging work ahead of it. It has become clear that the types of professions where nude pumps are a staple will be working from home for a lot longer than originally anticipated. Styles will have to change but with a quality shoe, timeless designs, and a mission to provide the staple nude shoe that works for every woman, Rebecca Allen Inc. has the potential to become a household name among women building their careers while working for a more just and equal future.

This company says its partnership will help eliminate $100 million in medical debt for 73,000 Utah residents 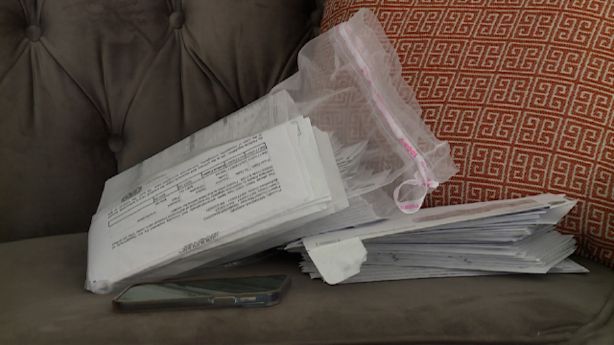