The effects of the Russian attack on Ukraine are rippling out to the sports and entertainment world, where figures have spoken out and events have been changed this week.

Alex Ovechkin, one of the highest-profile Russians in sports, who has been a supporter of Russian President Vladimir Putin and whose family is located in Russia, has been facing calls from hockey fans to address the violence as he leads the Washington Capitals. In a press session Friday, he called for “no more war” but stopped short of commenting on Putin.

“It doesn’t matter who is in the war — Russia, Ukraine, different countries, I think we live in a world, like, we have to live in peace and a great world,” he said, according to The Washington Post.

When asked about Putin, Ovechkin acknowledged him as “my president” and added: “I am not in politics. I am an athlete, and you know, how I said, I hope everything is going to be done soon. It’s hard situation right now for both sides and everything, like how I said, everything I hope is going to be end. I’m not in control of this situation.”

Meanwhile, on Friday, Russian tennis player Andrey Rublev took an opportunity to call for peace. After winning a semifinal match at the Dubai Championships, when given a marker to write on a TV camera — a new custom in tennis for match winners — he wrote, “No War Please.”

Sacramento Kings center Alex Len and Toronto Raptors forward Sviatoslav Mykhailiuk, the only two Ukrainians in the NBA, released a joint statement Thursday, writing in part, “A great tragedy befell our dear homeland Ukraine. We categorically condemn the war. Ukraine is a peaceful sovereign state inhabited by people who want to decide their own destiny.” Meanwhile, Pavlo Dziuba, a Ukrainian college basketball player at Maryland, wrote “NO WAR PEACE” and “PRAY FOR UKRAINE” on his shoes in the team’s game against Indiana Thursday night.

Elsewhere, Russian figures in the arts are facing fallout.

The conductor Valery Gergiev, who is Russian and a supporter of Putin, was replaced in a series of Vienna Philharmonic concerts taking place at New York City’s Carnegie Hall this week. No reason was given for the conductor replacement, The New York Times reported. Russian pianist Denis Matsuev, who was scheduled to perform in those shows, was also replaced. Yannick Nézet-Séguin will instead conduct the shows.

Gergiev faces continued pushback, with the mayor of Munich calling on him to distance himself from the invasion or lose his position with the city’s philharmonic while the Rotterdam Philharmonic Orchestra made a similar statement.

“In the event that Valéry Gergiev does not openly distance himself from President Putin’s actions in Ukraine, we will be forced to cancel all concerts conducted by Valéry Gergiev including the Gergiev Festival that would take place in September,” the Rotterdam Philharmonic Orchestra statement says.

Several big events have also been moved out of Russia.

In soccer, the UEFA Champions League final, which is supposed to take place in late May, was relocated from St. Petersburg, Russia, to Saint-Denis, France, after the organization’s executive committee “held an extraordinary meeting following the grave escalation of the security situation in Europe” on Friday.

“The UEFA Executive Committee also decided that Russian and Ukrainian clubs and national teams competing in UEFA competitions will be required to play their home matches at neutral venues until further notice,” a statement from the UEFA said.

Also on Friday, Formula One, the racing organization, canceled its Russian Grand Prix while “watching the developments in Ukraine with sadness and shock and hope for a swift and peaceful resolution to the present situation.”

Finally, the International Olympic Committee, after condemning Russia’s breach of the Olympic Truce — a U.N. resolution adopted in December 2021 that was supposed to be in effect until seven days after the close of the 2022 Paralympic Games, which begin next week — called on all International Sports Federations “to relocate or cancel their sports events currently planned in Russia or Belarus.”

Tue Apr 5 , 2022
Archaeologists found a 5,300 year old skull, possibly from an elderly woman, that showed signs of early ear surgery. Scientific Reports Some 5,300 years ago, humans in what is now northern Spain cut into an elderly woman’s skull, likely in an effort to relieve her ear pain. Now, reports Judith […] 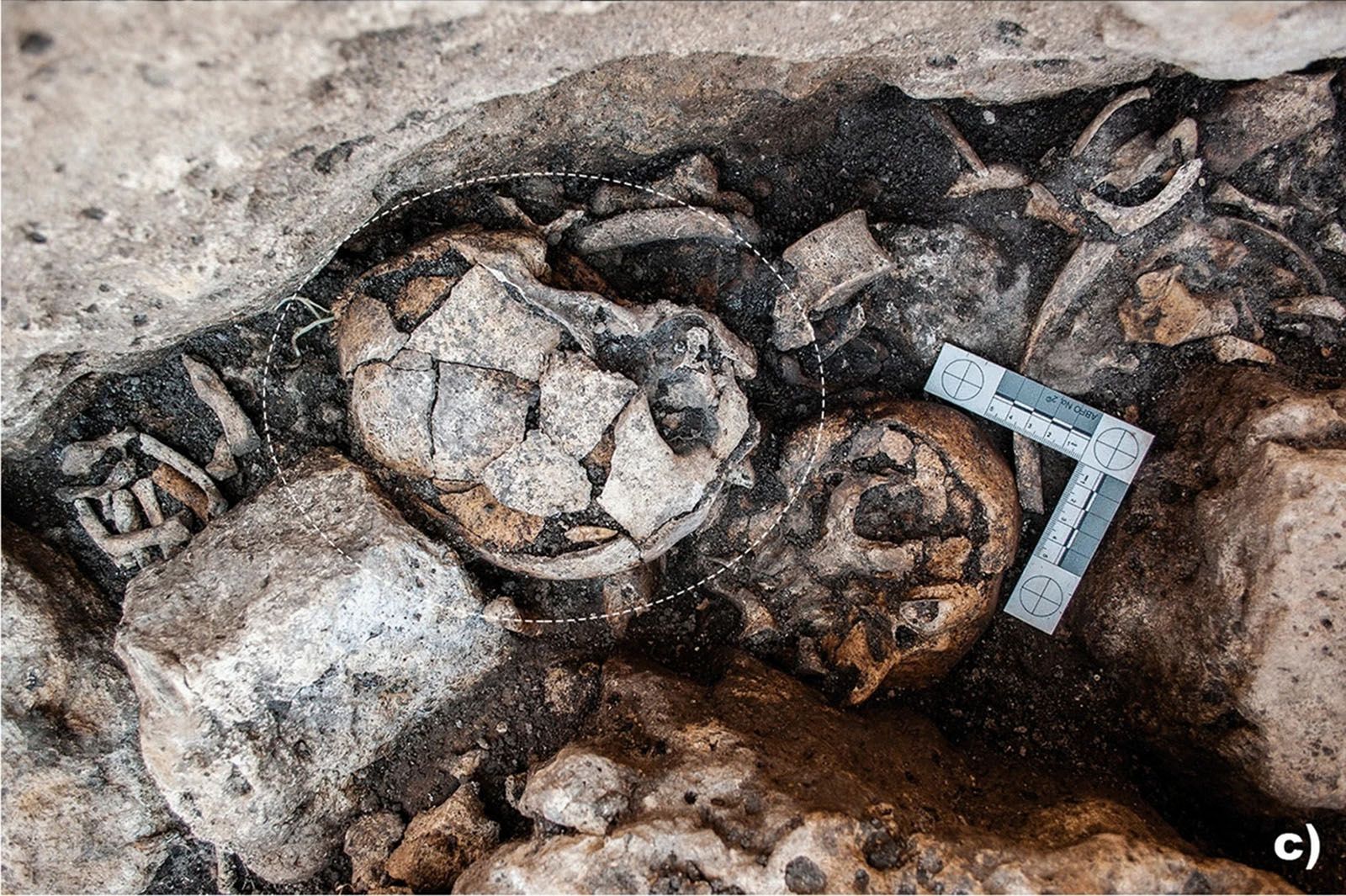