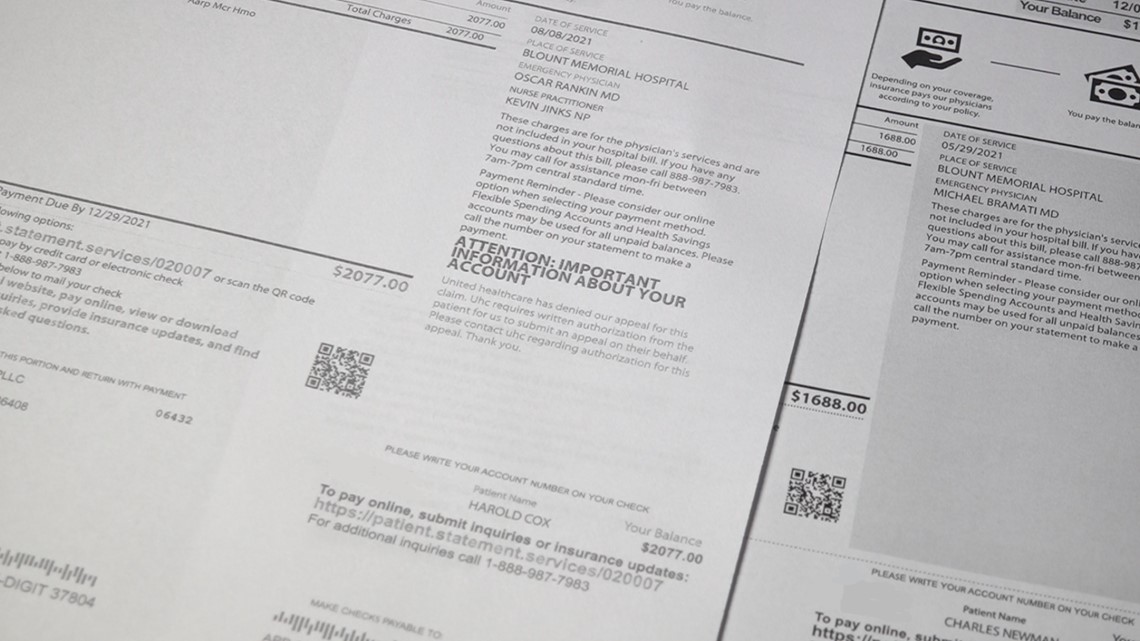 APP of Tennessee is a contract provider of physicians at Blount Memorial Hospital. Two patients got surprise bills from them after visiting the emergency room.

KNOXVILLE, Tenn. — In March, Harold Cox told 10News he got a bill for $2,077 after visiting the emergency room at Blount Memorial Hospital. American Physician Partners of Tennessee sent him the bill — it wasn’t from the hospital.

The company contracts emergency providers at Blount Memorial, according to hospital officials. Since Cox is a Medicare patient, he is supposed to be exempt from surprise bills at the emergency room. But, when Cox didn’t pay the bill, APP of Tennessee sent his bill to a collections agency.

After 10News and Cox’s insurance company got involved, his bill got cleared. APP of Tennessee told Harold they sent the bill by mistake.

Days after Harold Cox’s story aired on 10News, Mary Newman said that her husband, Charles, got a similar bill from APP of Tennessee. Newman got a bill for $1,688 after a May 2021 trip to the emergency room. Again, after 10News reached out to the company with questions about the bill, APP of Tennessee told the Newmans they would clear it.

“My concern now is how many other people may be being taken advantage of,” Cox said.

The law also required out-of-network service providers to give patients a 72-hours notice of their estimated charges and required the patients to agree to receive care before hospitals could bill them.

A ban on surprise billing was established for Medicare patients before the new law.

In an email, Tracy Young, the VP of Marketing and Communications, said APP of Tennessee “does not engage in surprise billing as defined by the law.”

“There are occasions where we need to follow up with patients due to their insurance companies requiring additional information to process their claims,” Young said. “In those instances, our representatives help the patients navigate the complex insurance claim process to provide the information required and payment if needed, which then typically resolves the issue.”

APP of Tennessee would not agree to an interview with 10News without receiving the questions in advance. 10News sent questions in an effort to learn more about the bills sent to Newman and Cox.

“If you have specific cases of concern, we’d be happy to research those to provide the truth behind the accusations,” Young added in an email.

When 10News provided information about Newman and Cox’s specific situations, APP of Tennessee said they could not answer the questions because of patient privacy laws. 10News offered to get releases from these patients, but APP of Tennessee did not respond.

Several of our questions went unanswered. They are listed below.

Both Cox and Newman’s insurance companies said they were unaware of these bills from APP of Tennessee until we asked about them. The bills were sent directly from the company to the patients, instead of through another medical provider or insurance agency.

WBIR is looking into how hospitals bill their patients. Hospitals in Tennessee are required to publish a list of standard charges for items and services they provide.

Patients can report surprises in their medical bills. Sometimes they’re from errors the hospitals make: a procedure that should’ve been preauthorized but isn’t, the hospital billed the wrong code or they incorrectly classified a procedure.

If you get a bill and see something wrong, contact the hospitals and the insurance company. If they don’t help solve your problem — contact us at: [email protected], to see if we can help.

The Tennessee Department of Commerce and Insurance offers mediation, regulates insurance and can take action when they discover situations unfair to consumers. To file a complaint, they ask you to visit their website or call 1-800-342-4029.

Jeff Bezos Increases His Bet On The Single-Family Housing Market 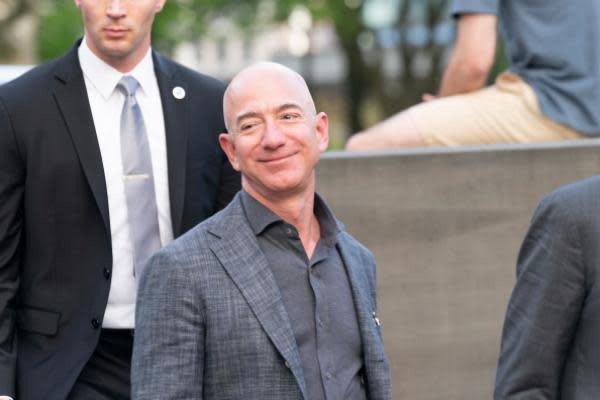