San Francisco 49ers wide receiver Deebo Samuel heads to the end zone on a touchdown catch against the Seattle Seahawks on Oct. 3, 2021 at Levi’s Stadium in Santa Clara, Calif.

In the middle of his third season, Deebo Samuel is one of the rising stars in the National Football League. The San Francisco 49ers wide receiver leads his team in yardage and is second among players at his position leaguewide.

Samuel is now trying to capitalize on his early production to secure more money outside of football. He just signed with the agency Excel Sports Management in an effort to land more endorsements and get involved with investing, the company told CNBC. He’ll work directly with marketing agent Parker Cain, who joined the agency in August.

Excel has negotiated more than $4 billion in active player contracts and represents some of the biggest names in sports, including golf star Tiger Woods. It also represents NBA players like Brooklyn Nets forward Blake Griffin. For marketing deals, the agency’s roster of clients includes Hall of Fame quarterbacks Peyton Manning and Joe Montana.

Excel will only negotiate Samuel’s marketing deals, as Creative Sports Agency — or CAA — handles his NFL contract discussions. Samuel was previously with Quality Control Sports Management, and his top endorsement deal to date is with Nike.

As the NFL enters the second quarter of its season, current and former players are using the league’s vast audience and their own followings to solicit new agreements and find ways to generate alternative income.

Rob Gronkowski #87 and Tom Brady #12 of the Tampa Bay Buccaneers celebrate after defeating the Kansas City Chiefs in Super Bowl LV at Raymond James Stadium on February 07, 2021 in Tampa, Florida.

Seattle Seahawks linebacker Bobby Wagner uses his weekly press conference to announce partnerships, including a recent investment in Public.com, a site that lets retail investors buy stocks and cryptocurrencies. Tampa Bay Buccaneers quarterback Tom Brady is one of several players attempting to make the most of the nonfungible token (NFT) craze with the NFL season in progress.

“I want my brand to be something everyone will look at — not just a great football player but also great character off the field,” Samuel told CNBC. “Going from one marketing executive to another, they promise the same thing, but the conversation with Parker was different.”

Named after a bully

The 49ers drafted Samuel in 2019 and are paying him $1.4 million for the 2021 season. Samuel is second in the NFL in receiving yardage with 548 yards and has scored four touchdowns, while his team is 2-3. His contract expires after next season unless he signs an extension.

Samuel was named after a famous movie character played by actor Tommy “Tiny” Lister, who died last December. Lister played a neighborhood bully named Deebo in the “Friday” movie series and also starred in the 1989 film “No Holds Barred.”

For Excel, Samuel is its first non-quarterback NFL client. Cain credited Samuel’s versatility in the NFL as the reason he’ll have crossover appeal. The wideout also runs plays as a running back, racking up 207 rushing yards and four touchdowns in his career.

Deebo Samuel of the San Francisco 49ers on the field before facing the Seattle Seahawks on Oct. 3, 2021 at Levi’s Stadium in Santa Clara, Calif.

“He’s a fun player,” Cain said. “He’s touching the ball a lot, and in that creative offense, he’s going to have a lot of opportunities to help the team win. Brands want to work with winners and guys who show the growth and versatility on the field.”

Samuel has more than 500,000 followers combined across Twitter and Instagram, an essential metric in luring endorsement deals. Brands are attracted to athletes with younger followings to show they have a big audience for promotions.

“I think he will attract blue-chip brands,” Cain said. “He’s got a good following, but more importantly, he’s got high engagement.”

Among NFL players, Brady leads the way in endorsement revenue in 2021 at $31 million, according to Forbes. Arizona Cardinals star J.J. Watt earns $7 million, the highest among non-quarterbacks. Watt’s teammate DeAndre Hopkins earned $1 million in endorsements, the most for NFL wide receivers.

Cain said that while it’s too soon to tell what kind of money Samuel will make, his location provides a big advantage. Being in Silicon Valley and close to Palo Alto provides access to the flourishing tech start-up scene.

“If you do an equity deal with the right tech company in Palo Alto, it could be worth more money than every deal you signed during your NFL career,” Cain said. He added that he’s targeting fashion companies to align with Samuel, who majored in retail management while attending the University of South Carolina.

Samuel hasn’t made any lucrative investments yet, as he’s still operating on a relatively small contract. His production would suggest he’ll soon be up for a substantial raise.

The highest-valued contract for a top NFL receiver is $100 million ($60 million guaranteed). That’s what the Dallas Cowboys pay Amari Cooper. Cleveland’s Odell Beckham, Jr. has the most guaranteed money at $65 million, according to Spotrac.

Once Samuel is ready to invest, Excel offers a compelling network. Montana, through his investment firm Liquid 2 Ventures, has built a substantial start-up portfolio. The four-time Super Bowl champion was an early backer of GitLab, which held its Nasdaq debut Thursday and closed with a market cap of almost $15 billion. Montana’s initial $100,000 check is now worth roughly $62 million.

People celebrate the Gitlab IPO at the Nasdaq, October 14, 2021.

Samuel said real estate would likely be his first investment. He credited 49ers lineman Trent Williams for advising him about the asset class.

“He says the thing that everybody says – that money comes and goes,” Samuel said, referring to his conversations with Williams. “But it’s about how you maintain it and allow your money to make you money.”

The 49ers started the season 2-0 but have since dropped three straight games, including a loss to the Cardinals on Sunday. Samuel finished that contest with three receptions for 58 yards and rushed for one touchdown. The 49ers have a bye this week and play the Indianapolis Colts on Oct. 24.

“The season isn’t going the way we want it, but 99% of the team feels like we should be 5-0,” Samuel said. “We lost a few close ones, but we have to [improve] the mental errors. The little things that people don’t pay attention to, we need to lock in on.”

Asked about rookie quarterback and first-round pick Trey Lance, who made his first career start against the Cardinals, Samuel said he is “slowing processing being a pro.”

Lance replaced starting quarterback Jimmy Garoppolo, who suffered a calf injury in week four. Lance completed 15 of 29 passes and threw for 192 yards and an interception against the Cardinals. He also rushed for 82 yards.

“It’s not easy — remembering all the plays, the motions all of it,” Samuel said. “I applaud him for the way he’s been approaching the system.”

Mon Oct 18 , 2021
NAPLES, Florida — Yuman Hussain was the first woman in her village to set out in pursuit of her vocation. Soon after she did so, in 1998, Hussain founded and became executive director of what would become the Azad India Foundation. The organization has pioneered women’s rights to education in […] 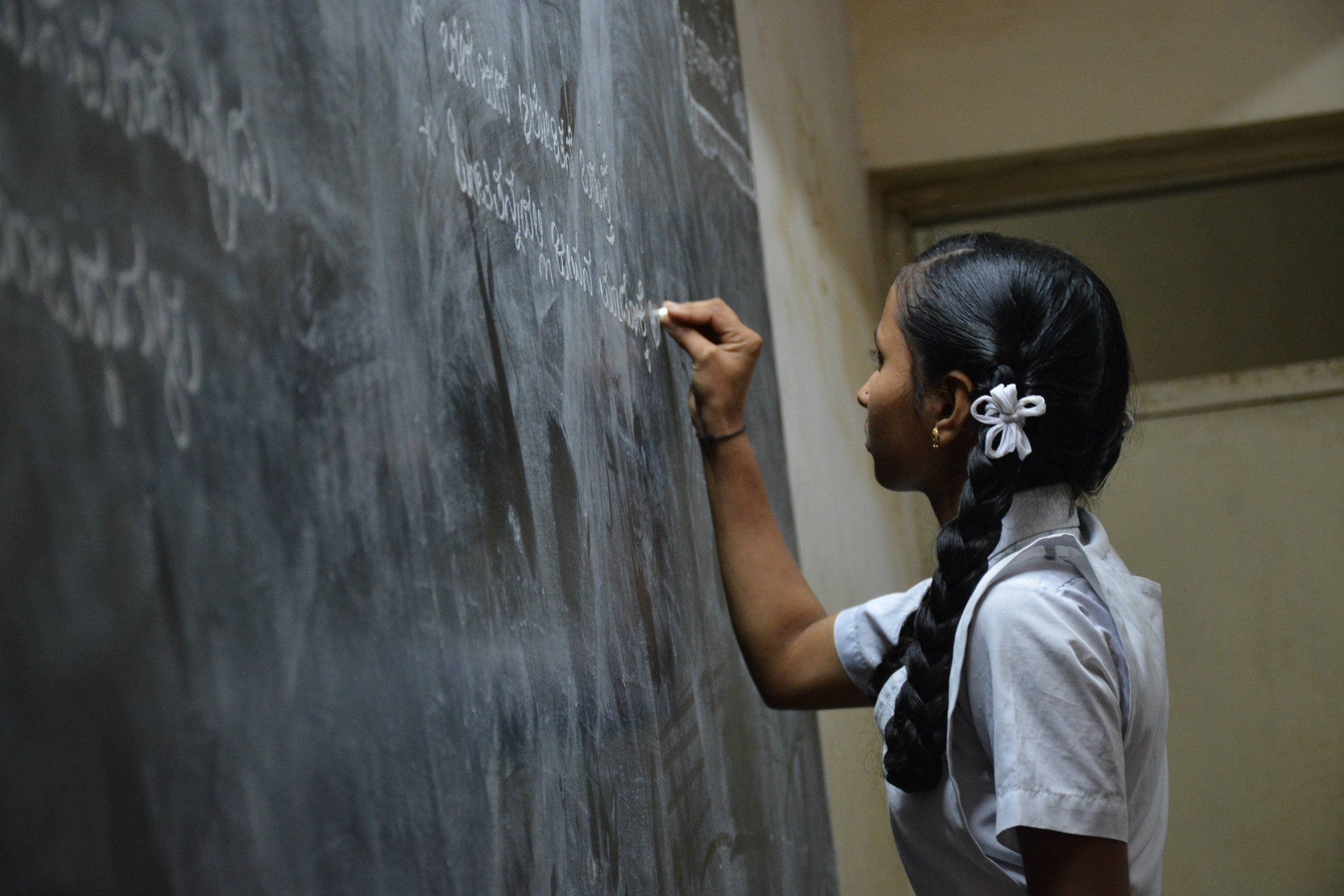