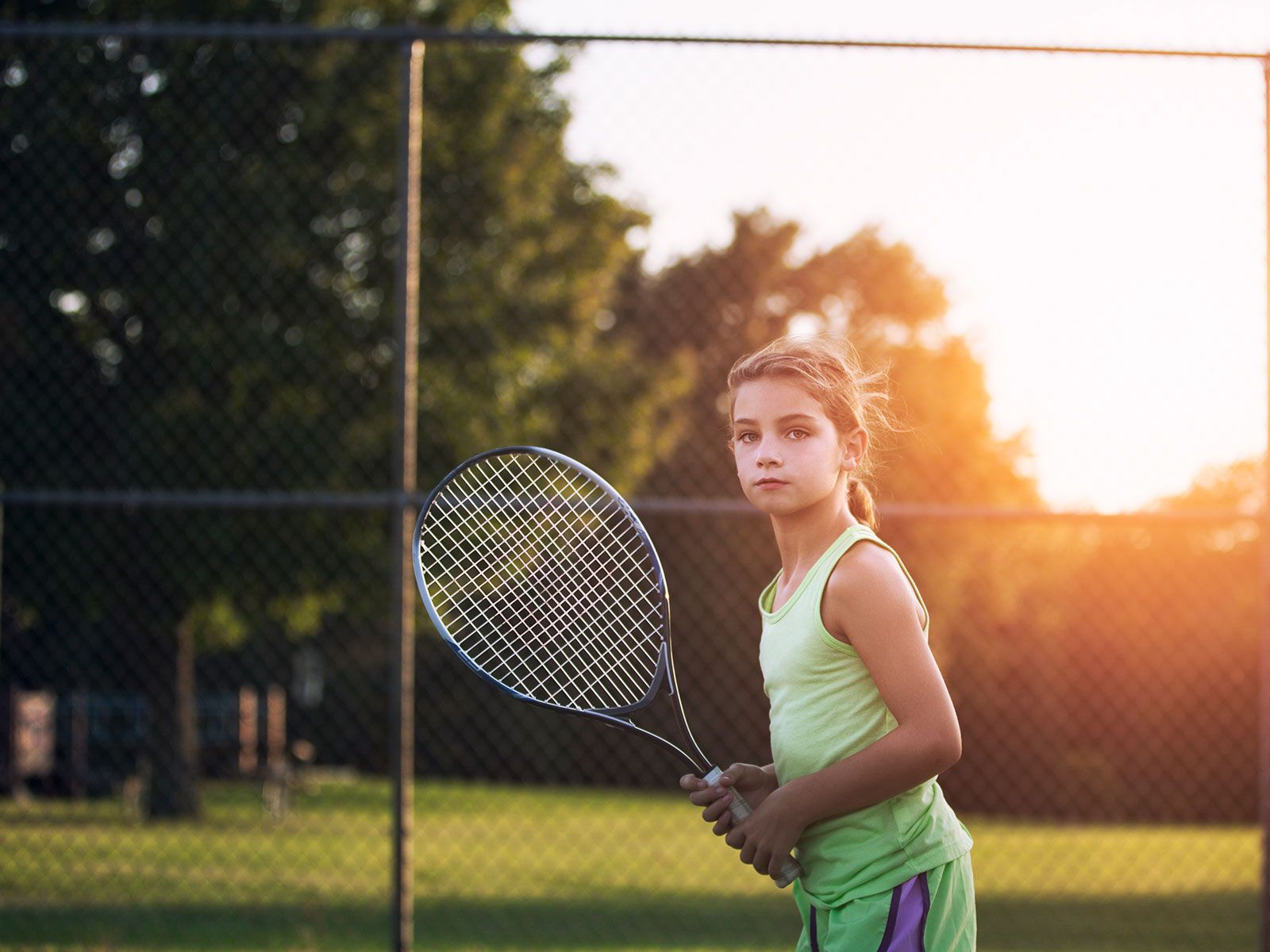 “If only I could play soccer instead of tennis,” wrote tennis star Andre Agassi in his autobiography Open in a passage about his childhood, when he was forced into an early and intense tennis specialization by his father.

Agassi goes on to explain his longing for the “beautiful game”:

I get to play three times a week at school, and I love running the soccer field with the wind in my hair, calling for the ball, knowing the world won’t end if I don’t score. The fate of my father, of my family, of planet earth, doesn’t rest on my shoulders. If my team doesn’t win, it will be the whole team’s fault, and no one will yell in my ear. Team sports, I decide, are the way to go.

Now, a new study appears to echo Agassi’s childhood conclusion. The study, published today in PLoS ONE, finds that kids who played only individual sports, like tennis or gymnastics, tended to face more mental health difficulties, such as anxiety and depression or troubles with concentration, than peers who played no sports at all. Youngsters who participated exclusively in team sports, on the other hand, were less likely to experience these issues than those who didn’t play any sport. Finally, the kids who dabbled in team and individual sports were no more or less likely than those who abstained from sport altogether to have mental health trouble.

The findings are based on a huge database that tracked the mental health and sports participation of more than 11,000 kids ages 9 to 13 from across the United States—many thousands more than prior studies that have tried to tease apart the impacts of team versus individual sports.

Matt Hoffmann, a sports psychologist at California State University, Fullerton and the study’s lead author, cautions against jumping to conclusions based on the results. He says the study shows a strong correlation but that it can’t tell us what caused that correlation.

For example, it could be that children already predisposed to better mental health tend to gravitate towards team sports, or even that their parents tend to steer them that way. Or, it might be that individual sports are more prone than team sports to create situations where a child experiences acute anxiety about their performance or perhaps their appearance or body type.

Hoffmann’s take is not to recommend discouraging youth participation in individual sports, it’s to encourage parents and coaches to be aware that young wrestlers, dancers or swimmers might experience added stress or anxiety and to support them accordingly.

As a researcher, Hoffmann has long been interested in how sports impact the psychological health of young people, partly because studies have found both positive and negative associations between mental health and sports participation in children and adolescents.

So, when Hoffmann’s colleagues told him they’d gained access to an enormous trove of data from the long-running Adolescent Brain Cognitive Development study, he says it was a natural fit to try to explore whether kids participating in sports had better mental health profiles than those that didn’t. Luckily, the data also showed which sports kids were playing, allowing Hoffmann and his colleagues to separate out team and individual sports.

The dataset, which was released in 2020 and didn’t include any observations made during the pandemic, covered 11,235 children and adolescents from 22 locations across the U.S. The data came from the parents and guardians of the children, who were asked to assess their child’s mental health using what’s called the “child behavior checklist.”

The data also shows which sport or sports the kids played, allowing the researchers to divvy them up into four groups: those who played only team sports, only individual sports, both team and individual sports, or no sports at all. Ultimately, the study included a total of 17 different sports comprising nine team and eight individual pursuits.

Kids who played team and individual sports showed no significant difference in their parent-reported mental health compared to those who didn’t participate in sports.

Hoffmann says the results were a surprise because of the litany of papers showing the psychological and physical benefits of playing sports. “Going into this study, we expected that participating in any sport, even an individual sport, would confer some benefit compared to playing no sports at all,” he says.

Catherine Sabiston, a sports psychologist at the University of Toronto who wasn’t involved in the research, writes in an email that she’s not entirely surprised to see the results on individual sports. “Individual sports tend to be judgement-based, weight-focused, often appearance-heightened sports that heighten social comparison, competitiveness and individual striving,” she writes. “There is no one to ‘blame’ or ‘thank’ other than yourself, and the pressure to perform is heightened.”

As for what the parents of a child in love with tennis or gymnastics can do to protect their young competitor’s mental health, Hoffmann suggests maintaining open lines of communication is the best defense. He says frequently checking in to make sure a child’s stress levels are reasonable and that they’re enjoying their experience with a sport is a great place to start. “You don’t want to assume kids are enjoying an activity just because they keep doing it,” he says. Sports, Hoffmann says, can also provide a useful avenue for introducing the topic of mental health to a child.

Another strategy is to encourage participation in a broad range of activities, whether it’s other sports or encouraging artistic hobbies and academic curiosity. Hoffmann advises against trying to turn kids into specialists too early, as Agassi’s father did and which played a clear hand in the star player declaring over and over in his autobiography that he hates tennis.

Rochelle Eime, a behavioral epidemiologist at Victoria University in Australia who wasn’t involved in the study, points out that the study’s reliance on parental reports as opposed to asking the kids themselves could result in over or under reporting the subjects’ mental health struggles. But if a parent is worried about their child feeling anxiety or depression related to their participation in an individual sport, she says checking in on the values and principles of why they’re playing can help. “It’s important that [the kids] have realistic goals and that the focus is on enjoyment and development, as opposed to solely on winning,” says Eime. She adds that when adults in a child’s life are preoccupied with success and winning, children can internalize that and begin to place more and more pressure on their athletic performances.

In the future, these results might be strengthened or cast in a different light when the Adolescent Brain Cognitive Development study, which will continue to track these kids as they grow up, releases more data. Hoffmann also says that because the data in the present study shows which specific sports kids were playing, he and his colleagues could try to drill down to see which sports have the greatest association with negative or positive mental health—though he notes those findings would be considerably weaker because of the smaller sample sizes in the hundreds as opposed to thousands.

“This study has a huge sample size, and that really strengthens its findings,” says Jennifer Agans, a developmental psychologist at Pennsylvania State University who was not involved in the study. “But this study looks at averages, and no kid is truly average. So, if your kid seems prone to these kinds of mental health issues, or is really drawn to individual sports then these results should encourage you to talk to them regularly and keep a watchful eye out. But if your kid loves wrestling, let them wrestle!”

Sat Jun 4 , 2022
One of the most entertaining and memorable seasons in Blues history came to an end at least 5.6 seconds early with Darren Helm’s Game 6 shocker Friday night for Colorado. The Blues’ 109 regular-season points tied for the third most in franchise history. Their 3.77 goals-per-game average was the fifth-best […]