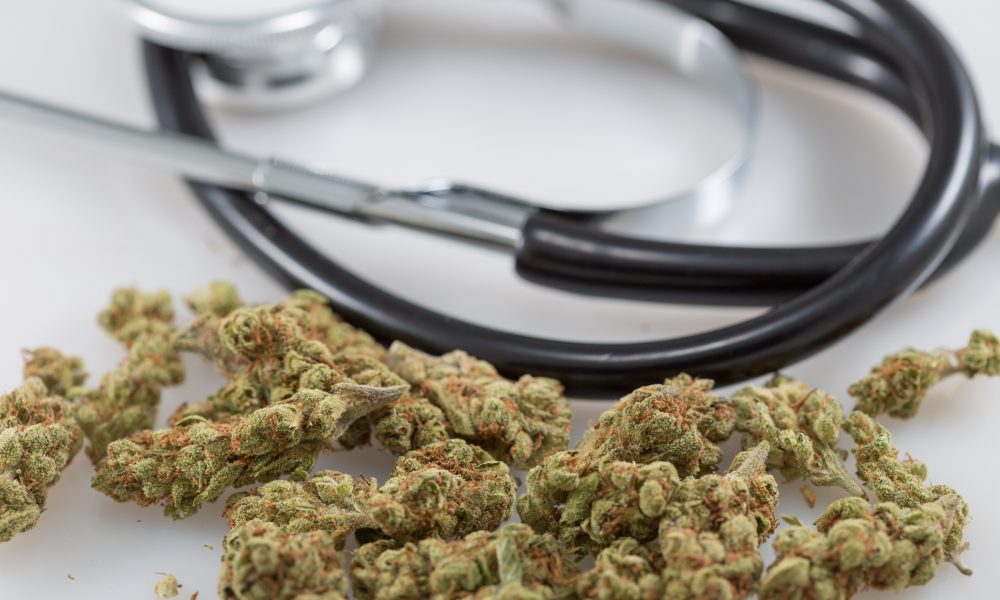 An effort by a South Carolina senator to resurrect legislation to legalize medical marijuana was unsuccessful on Wednesday.

Sen. Tom Davis’s (R) move to add the main provisions of his bill to legalize medical marijuana to largely unrelated legislation was ruled not germane by Senate leadership, a move that comes one week after the House killed Senate-passed legislation to allow patients to legally access cannabis.

The latest development marks another procedural defeat that’s unrelated to the policy merits of the reform proposal. The reason that the earlier bill was rejected is because it contained revenue-raising provisions, and so legislative leaders deemed that it needed to originate in the House, rather than the Senate, under the state constitution.

There were expectations that the sponsor would attempt to keep the issue alive by putting the full language of his medical cannabis measure into an unrelated House bill to resolve the issue. But instead, he proposed it as an amendment to a Senate bill on contraceptives on Wednesday, without the tax provisions.

Davis’s original legislation cleared his chamber along largely bipartisan lines in February. It’s since moved through several panels in the House before reaching the full body, where it was blocked on procedural grounds last week.

NEW: @SenTomDavisSC is trying to amend his contraceptives bill (S.628) to include the Compassionate Care Act (S.150) without the 6% tax for medical cannabis. Objections have been brought up in the Senate. @WSPA7 pic.twitter.com/E3mwx7XVV6

Sen. Billy Garrett (R) contested Davis’s justification for the amendment, arguing that it was too far of a stretch to include medical cannabis reform that affects criminal code in the pharmacy bill. Davis pushed back and defended its germaneness on the basis that the House previously amended the legislation to include a mention of medical cannabis, opening the door to his proposal’s inclusion.

“It’s a logical extension in that it defines what medical cannabis is,” Davis said. “And it does not introduce any new or independent matter because the underlying bill as amended by the House includes a reference to medical cannabis.”

But Senate leadership ultimately agreed that the medical marijuana legalization amendment was not germane to the bill at hand and rejected it. Another lawmaker initially moved to overturn the germaneness ruling, but quickly withdrew that motion following brief remarks.

Davis’s original medical cannabis bill, SB 150, would allow patients with qualifying conditions to possess and purchase cannabis products from licensed dispensaries. Smokable products, as well as home cultivation of cannabis by patients or their caretakers, would be prohibited. Simply possessing the plant form of cannabis could be punished as a misdemeanor.

The legislation was prefiled in late 2020 and passed out of the Senate Medical Affairs Committee last March, but a lone senator blocked it from reaching the chamber floor in 2021. Since then, sponsor Davis has redoubled his efforts to get the bill across the finish line, arguing that South Carolina voters are ready for what he’s repeatedly called “the most conservative medical cannabis bill in the country.”

While the bill advanced through the Senate earlier this year, the House adopted a series of amendments, meaning it will need to back to the opposite chamber for concurrence before it potentially moves to the governor’s desk.

—
Marijuana Moment is already tracking more than 1,000 cannabis, psychedelics and drug policy bills in state legislatures and Congress this year. Patreon supporters pledging at least $25/month get access to our interactive maps, charts and hearing calendar so they don’t miss any developments.

Learn more about our marijuana bill tracker and become a supporter on Patreon to get access.
—

Here’s what SB 150 would accomplish:

Eligible patients could purchase and possess cannabis from dispensaries, but those products could not be smokable.

The bill would also allow access among patients with “any chronic or debilitating disease or medical condition for which an opioid is currently or could be prescribed by a physician based on generally accepted standards of care,” for example severe or persistent pain.

Medical marijuana would be subject to the state’s six percent sales tax, and local jurisdictions would be able to levy an additional tax.

Rather than have conventional medical marijuana dispensaries that are in place in other legal states, the bill stipulates that there would be so-called cannabis pharmacies. The facilities would be required to have a pharmacist on site at all times, and the South Carolina Board of Pharmacy would promulgate business regulations.

People with felony-level drug convictions would also be prevented from participating in the new industry for a period of 10 years under the proposal.

In-state businesses would also receive licensing priority when the market in established, with the intent being to prevent multi-state operators from dominating the industry.

Under the bill, 75 percent of tax revenue after expenditures would go to the state’s general fund, with another 10 percent going to drug use disorder treatment service providers, five percent going to state law enforcement, and the remainder going to cannabis research and drug education.

For the initial rollout, regulators would approve 15 cannabis cultivators, 30 processing facilities, a cannabis pharmacy for every 20 pharmacies in the state, five testing laboratories and four cannabis transporters. Lawmakers, rather than regulators, would be authorized to approve additional license types.

Local governments could ban medical cannabis businesses from operating in their jurisdictions under the amended bill, but otherwise the it says that local land use and zoning burdens “should be no greater for a cannabis-based business than for any other similar business.”

The state Department of Health and Environmental Control would oversee licensing and other regulations of the new industry. A newly established Medical Cannabis Advisory Board would be in charge of adding or removing qualifying conditions. The board would meet at least once per year and be led by a governor-appointed chairperson.

Davis has championed medical marijuana in South Carolina since 2014, and at a rally earlier this year, he brought out a binder that he said contained eight years of research into the issue. He said he would use the information to “take on every single argument that has been raised in opposition to this bill, and I’m going to show that they cannot stand in the way of facts and evidence.”

He’s also continued to push back against opposition to cannabis legalization from his own party, for example calling out an attack ad that was paid for by the South Carolina Republican Party.

A former White House chief of staff under President Donald Trump also recently called out his home state South Carolina Republican Party for opposing the medical marijuana bill medical marijuana. Mick Mulvaney, Trump’s top aide for more than a year and a former congressman, called the legislation “something that merits discussion and reasoned analysis,” even if it’s not a proposal that is conventionally considered a conservative priority.

Davis referred to the maneuvers by his own party as “the elephant in the room” on the Senate floor as debate on the floor kicked off in January, saying he was offended by the misinformation and planned to rebut every misleading claim the group made.

“I’m going to go through every single legal argument that’s been put up there—lack of medical evidence, unintended social consequences—and take them all up and discuss them and refute them,” the senator said at the time.

A House subcommittee that recently advanced the medical marijuana bill separately approved another bill in March that added marijuana to a list of investigational drugs that patients could lawfully access during epidemic or pandemic outbreaks.

Meanwhile, a South Carolina lawmaker filed a bill last month that would require officials to issue pardons for people with marijuana convictions on their records annually on the unofficial cannabis holiday 4/20.

A poll released last February found that South Carolina voters support legalizing medical marijuana by a five-to-one ratio. But the state does not have a citizen-led initiative process that has empowered voters in other states to get the policy change enacted.

Support for medical marijuana legalization among South Carolina residents has been notably stable, as a 2018 Benchmark Research poll similarly found 72 percent support for the reform, including nearly two-thirds (63 percent) of Republicans. Davis said last year that if the legislature didn’t advance the reform, he’d propose a bill to put the question of medical marijuana legalization to voters through a referendum.

Also in 2018, 82 percent of voters in the state’s Democratic primary election voted in favor of medical cannabis legalization in a nonbinding ballot advisory vote.

Lawmakers prefiled four marijuana measures for the 2019 session, but they did not advance.

Marijuana Moment is made possible with support from readers. If you rely on our cannabis advocacy journalism to stay informed, please consider a monthly Patreon pledge.

Instacart Takes a Big Step Toward a Public Offering

Mon May 16 , 2022
Instacart, the grocery delivery company, said on Wednesday that it will test the waters for a public offering, despite recent shakiness for tech stocks and the company’s own turmoil over the past year. The company said it had filed papers for a so-called confidential filing, which means it does not […] 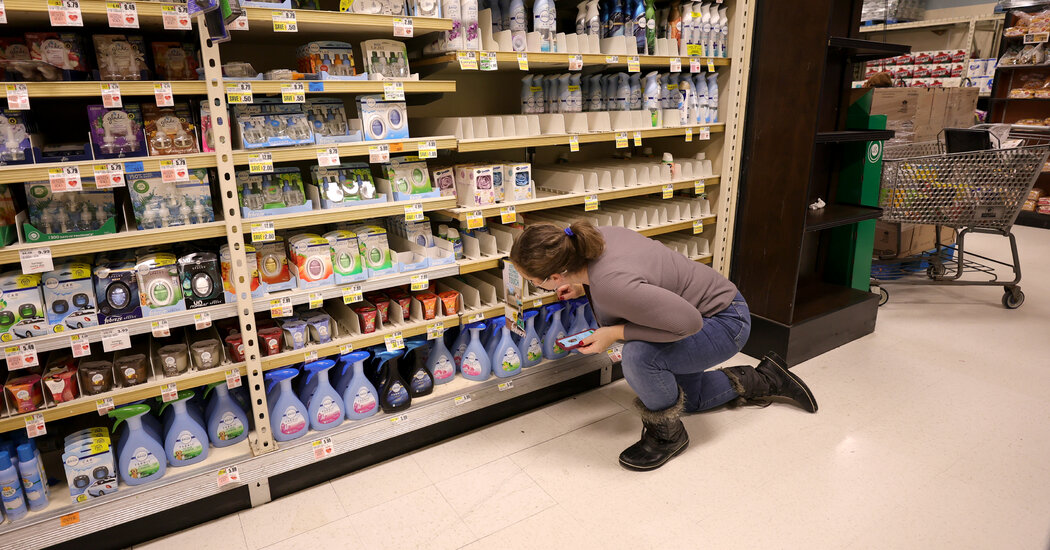