Lionel Messi was one of four PSG players to tests positive for COVID-19 upon returning from a brief winter break. Jeremias Gonzalez/Associated Press

Lionel Messi is isolating at home in Argentina after being among four Paris Saint-Germain players announced as testing positive for the coronavirus ahead of the team’s return to playing after a brief winter break.

PSG Coach Mauricio Pochettino is uncertain when the seven-time Ballon d’Or winner will be able to return to France, or whether he can recover in time to play at Lyon in the league next Sunday.

ENGLAND: Christian Pulisic completed Chelsea’s fightback against Liverpool to claim a 2-2 draw in the Premier League.

The American struck in the 45th minute for only a third goal in 11 league appearances this season, three minutes after Mateo Kovacic’s first-time volley from the edge of the penalty area began the recovery.

• Mads Roerslev was an unlikely match-winner for Brentford, scoring his first goal in professional football against Aston Villa.

The defender sealed a 2-1 win in the 83rd minute. Goalkeeper Emiliano Martinez beat away his first shot, but the 22-year-old Dane struck on the rebound.

ATP CUP: The United States beat Canada and defending champion Russia defeated France in Sydney, with the Americans taking a much easier route. John Isner and Taylor Fritz beat their singles opponents and then clinched the match in doubles for a 3-0 win.

WORLD CUP: Latvia won gold in a team relay, with Austria second and the U.S. grabbing third in Winterberg, Germany.

The Americans – Summer Britcher, Tucker West and the doubles team of Chris Mazdzer and Jayson Terdiman – got the bronze in 2:24.802. Germany, on home ice, managed only fourth in 2:24.955.

WORLD CUP: Elana Meyers Taylor of the U.S. got her first win in nearly three years in Sigulda, Latvia – her 19th career victory on the circuit.

She teamed with Lake Kwaza to finish two runs in 1 minute, 41.88 seconds. The British sled driven by Mica McNeill and pushed by Adele Nicoll was second in 1:42.10, and Canada’s team of Christine de Bruin and Kristen Bujnowski was third in 1:42.12.

Please check your email to confirm and complete your registration.

Use the form below to reset your password. When you’ve submitted your account email, we will send an email with a reset code.

Omicron options: Chronicle critics share their picks for entertainment if you're stuck at home

Tue Jan 4 , 2022
Watching television is a good way to kill time when under the weather or trying to avoid getting people sick. Photo: Nico De Pasquale Photography / Getty Images With the omicron variant on the rise, many people are finding themselves back behind closed doors, isolating in an attempt to keep […] 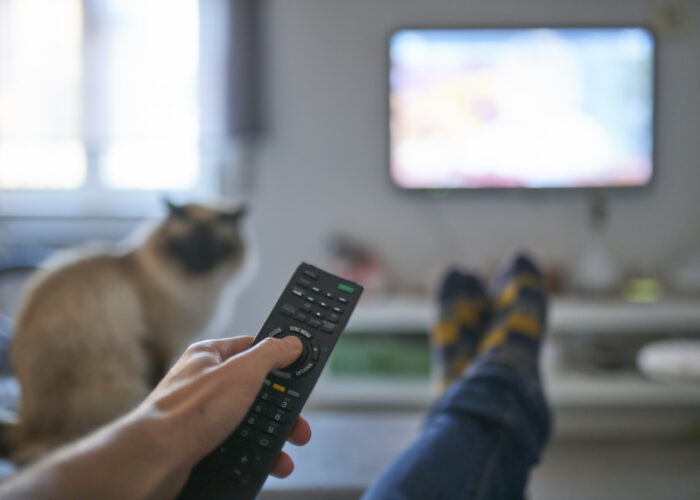