LOS ANGELES — People entering a wide variety of businesses in the city of Los Angeles had to show proof of COVID-19 vaccination starting Monday as one of the country’s strictest measures aimed at slowing the spread of the coronavirus took effect.

At Blue Bottle Coffee in the city’s Los Feliz neighborhood, a sign on the front door reminded patrons to show proof of vaccination for permission to eat indoors.

“Most people are accommodating and understanding,” Cadena said.

The mandate was anticipated at Body Builders Gym in the Silverlake neighborhood, where employees for months have logged the vaccination status of patrons in an internal system so that proof is already verified the next time members come to the gym.

Manfred Del Cid, the gym’s assistant general manager, said many patrons volunteered to show their proof before the mandate started.

“It seems like our demographic wants to know they’re safe,” he said.

Los Angeles is among a growing number of cities across the U.S., including San Francisco and New York City, requiring people show proof of vaccination to enter businesses and venues.

But rules in the nation’s second-most-populous city, called SafePassLA, apply to more types of businesses and other indoor locations including museums and convention centers.

The regulations went into force as new infection cases have inched up in California, following a sharp decline from an August peak driven by the delta variant.

November was the time of year in 2020 when the worst spike of the pandemic was just beginning in California. By January of this year, 500 people were dying every day in the state.

Los Angeles became the state’s infection epicenter and its hospitals were so overloaded with patients that ambulances idled outside with people struggling to breathe, waiting for beds to open up.

So many people died in Los Angeles that morgues reached capacity and refrigerated trucks were brought in to handle the overflow. That stark scene was playing out as coronavirus vaccines finally arrived and California and Los Angeles moved aggressively to inoculate people.

Among Los Angeles County’s roughly 10 million people, 80% of eligible residents have now received at least one COVID-19 vaccine dose and 71% of those eligible are fully vaccinated, according to public health officials.

To guard against anything resembling the January carnage, the Los Angeles City Council voted 11-2 last month to approve the ordinance requiring people 12 and older to be fully vaccinated to enter indoor public spaces including sports arenas, museums, spas, indoor city facilities and other locations.

Negative coronavirus tests within 72 hours of entry to those establishments are required for people with religious or medical exemptions for vaccinations. Customers without proof can still use outdoor facilities and can briefly enter a businesses to use restrooms or pick up food orders.

While the order took effect Monday, city officials say they won’t start enforcing it until Nov. 29 to give businesses time to adjust. A first offense will bring a warning but subsequent ones could produce fines running from $1,000 to $5,000 for businesses.

Business trade groups say the mandate will sow confusion because Los Angeles County’s own vaccine rules — which apply to dozens of surrounding communities — are less sweeping. Cities are allowed to pass rules more stringent than the county’s.

“There’s a tremendous lack of clarity,” said Sarah Wiltfong, senior policy manager at the Los Angeles County Business Federation. For example, most retail shops are exempt. “But shopping malls and shopping centers are included, which of course includes retail shops,” she said.

Harassment of workers who must verify vaccinations is the top concern of the business federation’s members, Wiltfong said.

“This puts employees in a potential position of conflict, when they’re not necessarily trained to handle situations like that,” she said.

At Blue Bottle Coffee, employees ask customers if they want their order for “here or to go.” If they say “here,” the employee asks for vaccination proof.

Only a handful of people have seen the mandate as “nonsensical,” said Cadena, the manager. Those who do not show proof have to eat and drink at outdoor tables.

“You can tell it’s new,” she said with a laugh. “They’re all a bit awkward about it.”

Another customer, Danielle Evenson, of Los Angeles, had her vaccine card ready after the patron in front of her in line was asked for his.

“It was easy and fast and lovely,” she said, adding that she “felt a little bit safer” after showing her card.

“If you want coffee badly enough, you’ll get it out immediately,” she said.

Sun Nov 14 , 2021
North Texas hospital system Medical City Healthcare is partnering with a home health care company to bring hospital room-level care to patients’ living rooms, a move that could signal a shift in how medical care is administered in the future. Plano-based Resilient Healthcare provides medical services such as around-the-clock remote […] 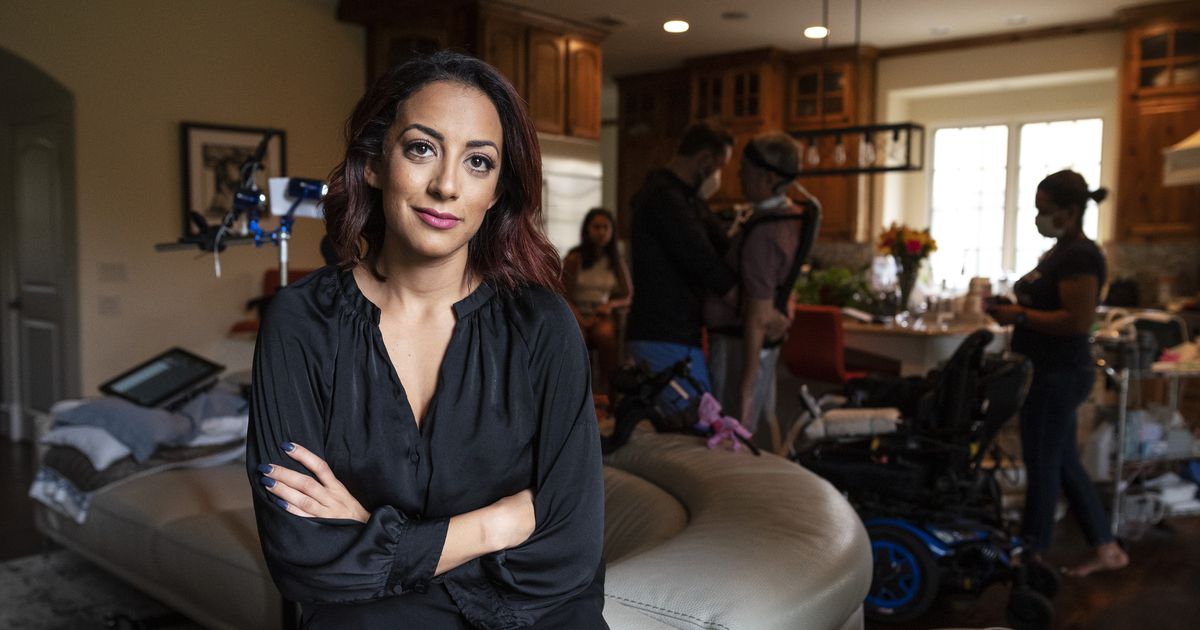