KABUL, Afghanistan — The Taliban have converted the Ministry of Women’s Affairs building into offices for the religious morality police, who once instilled dread in Afghanistan for their suppression of women and brutal enforcement of the militant government’s interpretation of Shariah law when it ruled two decades ago.

The conversion of the building in Kabul, the country’s capital, suggested at least a symbolic slapping down of a ministry that had come to embody the ascent of women in Afghanistan after the Taliban were ousted from power in 2001.

A video posted by Reuters showed women who had been employed by the ministry protesting outside the building because the Taliban had not permitted them to enter and had told them to go back home.

It remains unclear if the women’s ministry has been abolished by the Taliban, who reclaimed power last month as the U.S.-backed government collapsed. But when the Taliban announced their acting cabinet members for the new government earlier this month, there was no appointment to oversee women’s affairs.

And in another ominous portent of renewed gender discrimination under the Taliban, its Education Ministry ordered male teachers back to work and said secondary school classes for boys would resume on Saturday. There was no mention of girls.

The women’s ministry building’s new occupant, called the Ministry of Invitation, Guidance and Promotion of Virtue and Prevention of Vice, seems to be just a slightly rebranded name for the notorious enforcer of Taliban standards of behavior that turned the group into a global pariah in the 1990s.

The ministry’s police officers became known for beating or lashing women who ventured outside their homes without a full body covering and a male escort. They banned girls from school after primary grades and prohibited women from seeking jobs. Unwed couples risked death by stoning for adultery.

While the leaders of the Taliban have acknowledged that Afghanistan has evolved after two decades of the American-led occupation, they have also left women terrified of what the future may hold. No women have been appointed to positions of authority under the new Taliban government, and it has taken steps to separate men and women in public spaces.

Earlier this week, the minister of higher education, Abdul Baqi Haqqani, said that women could continue to study in universities and postgraduate programs, but only in gender-segregated classrooms in appropriate Islamic dress.

The building formerly housing the women’s ministry is situated in what had been considered the liberal quarter of Kabul, dotted with coffee shops and a popular Turkish-run mall that houses clothing outlets, a knockoff Apple store and restaurants ranging from fast food chains to a high-end steak house.

Now, a white Taliban flag waves above the building compound’s armored gate, adorned with a sign for the ministry that is its new occupant, as Taliban security guards keep watch.

Understand the Taliban Takeover in Afghanistan

Who are the Taliban? The Taliban arose in 1994 amid the turmoil that came after the withdrawal of Soviet forces from Afghanistan in 1989. They used brutal public punishments, including floggings, amputations and mass executions, to enforce their rules. Here’s more on their origin story and their record as rulers.

Who are the Taliban leaders? These are the top leaders of the Taliban, men who have spent years on the run, in hiding, in jail and dodging American drones. Little is known about them or how they plan to govern, including whether they will be as tolerant as they claim to be. One spokesman told The Times that the group wanted to forget its past, but that there would be some restrictions.

The blast walls surrounding the compound still are adorned with murals and signs depicting the work of the women’s ministry, but on some, the women’s faces have been desecrated, a type of vandalism seen elsewhere in Afghanistan since the Taliban reclaimed power.

One sign reads “Supporting women who are victims of violence is our human duty,” and shows a woman with a black eye. Another is from the United States Agency for International Development, which had been a major source of aid to Afghanistan, reading: “Keep your city green and clean.”

Even critics of the American military’s prolonged stay in Afghanistan have acknowledged the gains made by Afghan women over the past two decades. Under the Ministry of Women’s Affairs, women’s health, literacy rates and employment all climbed. Abused women were given help and shelter. Women entered the legislature and other positions of power.

A telling barometer of the gains was seen in the changing makeup of the labor force. A World Bank study found that women accounted for 22 percent of the labor force in 2019, compared with 15 percent in 2009. A poll conducted two years ago by the Asia Foundation also showed growing public support for women in the workplace, with 76 percent of Afghans backing the right of women to work outside the home.

News of the Taliban’s repurposing of the women’s ministry building came as the United Nations Security Council reauthorized the organization’s mission in Afghanistan, which had been set to expire, for six months. The United Nations Assistance Mission in Afghanistan, or UNAMA, which was created in 2002 after the U.S. invasion, is now the principal means of monitoring the Taliban’s behavior, following the chaotic American-led military withdrawal last month.

Stéphane Dujarric, the U.N. spokesman in New York, said he was unaware of the women’s ministry development and could not comment on it. Still, he said, there had been “recent developments that are worrying, but we’re continuing our dialogue and our advocacy for women’s rights, for girls’ rights, in the sphere of work and education especially.”

How to Start a Tech Business

Sat Sep 18 , 2021
When COVID-19 first emerged, the world was forced to slow down. While this disrupted countless industries, others were able to take advantage of new markets to emerge as the pandemic’s profitable victors. In particular, tech companies flourished as more people were forced to rely on digital solutions to work and […] 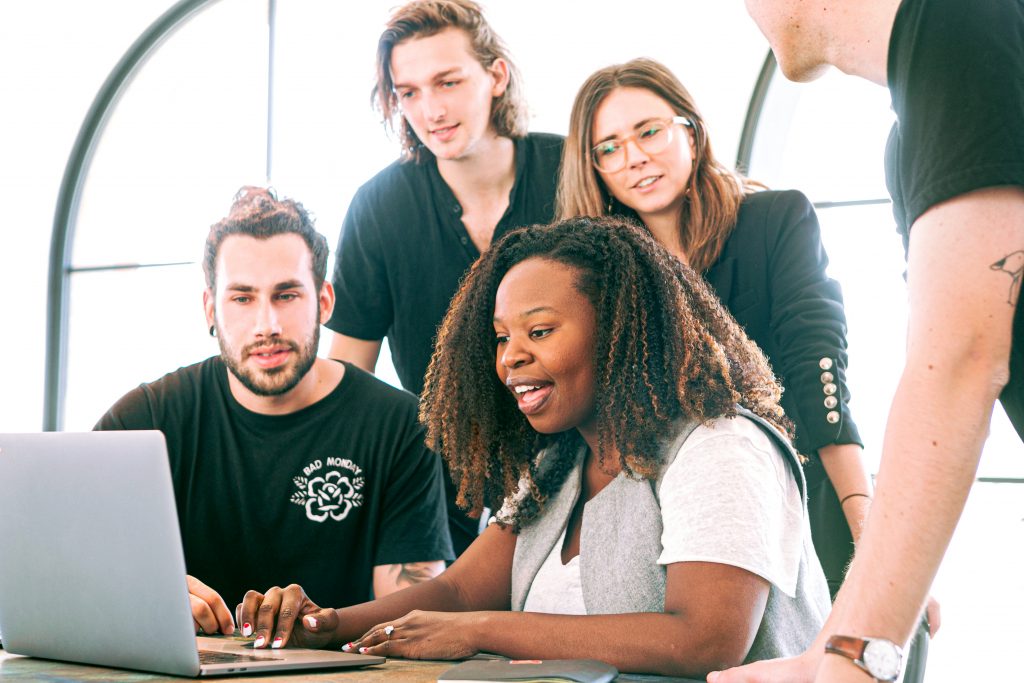