But the tech sector, which boomed during the pandemic, is showing signs of contraction.

Facebook parent company Meta is pausing hiring and scaling down some recruitment plans, Insider reported last week based on an internal memo it had viewed. “We regularly re-evaluate our talent pipeline according to our business needs and in light of the expense guidance given for this earnings period, we are slowing its growth accordingly,” a spokesperson confirmed to CNBC.

Amazon’s CFO told analysts on the company’s earnings call that its warehouses have become “overstaffed,” following a large hiring spree during widespread lockdowns that drove consumers more and more to online shopping.

Uber’s CEO told employees in a message obtained by CNBC that the company would “treat hiring as a privilege and be deliberate about when and where we add headcount,” adding, “We will be even more hardcore about costs across the board.”

Retail brokerage Robinhood said recently it’s cutting about 9% of full-time employees to weed out overlapping job functions after a large hiring spree. Peloton earlier this year announced it would reduce its corporate workforce by about 20% as part of a cost-cutting measure. And start-ups like celebrity video shout-out app Cameo recently announced a round of layoffs amounting to about a quarter of its staff, The Information first reported.

The cutbacks are in stark contrast to the rest of the economy, where job-seekers still hold substantial bargaining power and employers contend with rising labor costs amid inflation and a wave of resignations. In April, job growth in leisure and hospitality led the way, with 78,000, signaling that demand is returning for prepandemic activities.

According to experts, the factors weighing on the tech industry are unique to a sector that grew at a rapid pace throughout the pandemic, and don’t necessarily indicate a broader slowdown. While some of the pressure could also be coming from macroeconomic trends that could later show up in other industries, many economists expect the tight labor market is here for a while thanks to an aging U.S. population and other factors.

Inflation and other macro factors

Trends in the tech sector can be difficult to track in labor data due to the very different business models within the industry, from warehousing at Amazon to advertising at Facebook. But looking at the information sector reported by the Bureau of Labor Statistics, Veneta Dimitrova, senior U.S. economist at Ned Davis Research, said, “There doesn’t seem to be any leading tendency from that industry for overall employment growth.”

That said, inflation may be a factor in tech hiring, just as it’s hitting other sectors of the economy.

Terry Kramer, an adjunct professor at the UCLA school of management, said a company like Amazon is a bellwether.

“Inflation is at 8%, economic growth is now starting to slow, people are just not buying as much,” Kramer said. “And so that, to me, is the Amazon story more, where on e-commerce, their core platform, people are just being more cautious about what they buy. Because on a inflation-adjusted basis, there’s less dollars available to be spent by consumers.”

For a company like Amazon, inflation means the firm’s costs will rise. “If the consumption of their products and services are not going up as well, as high, that could eat into their margins,” explained Agron Nicaj, associate economist at The Conference Board. “So they’re forced to slow down their growth.”

But slowdowns at other companies may be more specific to their businesses. For instance, Kramer attributed Meta’s hiring freeze in part to Apple’s iPhone privacy changes, which hurt Meta’s ability to target ads.

The tech sector was one of the biggest beneficiaries of behavioral shifts at the height of the pandemic. As offices shut down and people spent more time at home, investors flocked to so-called stay-at-home stocks such as Peloton, Zoom and Netflix.

As people are returning to the office, traveling and eating out, many of these businesses have had to readjust.

“When the pandemic struck, it was basically a preference shock,” said Daniil Manaenkov, an economic forecaster at the University of Michigan. As those preferences shifted, he added, the government stepped in to help businesses where demand suddenly hit the wall.

Now, the cycle is reversing, but without the government help.

“Now that we are going through the reverse shock, there is no help from the government, but it’s still a preference shock,” Manaenkov said. “So it has the potential to be somewhat painful for the sector that benefited from the pandemic. But also for people who were employed there because they’re not going to get generous unemployment.”

If layoffs in the tech sector become more common, that could have effects across the broader economy, Manaenkov said. Without government stimulus, laid-off tech workers may cut back on their discretionary spending, which could contribute to a wider market slowdown.

But some bigger tech companies have actually expanded their hiring to different parts of the country, which could indicate they too are still feeling the impacts of the tight market for talent, Nicaj said.

Zooming out to the broader economy, job security for workers appears to be pretty stable for now.

“It’s probably the safest time to keep your job right now because the labor market is so tight,” said Nicaj.

Hiring slowdowns among venture-backed start-ups could be a result of the so-called “denominator effect,” according to Mark Peter Davis, managing partner at New York-based investment firm and incubator Interplay.

It starts with large institutional investors that hold a mix of assets, including public stocks and venture capital. If the value of publicly traded stocks declines significantly, suddenly those investors will find themselves with a relatively larger percentage of their portfolio in venture capital and have to rebalance by curbing new investments in VC.

As a result, institutional investors may begin pulling back on venture capital funding to rebalance their portfolios. That can ripple through the start-up funding landscape, forcing companies to reduce their cash burns — in some cases, that means layoffs.

Martin Pichinson is the co-president of Sherwood Partners, a Silicon Valley firm that helps restructure or wind down start-ups. He said his business has remained pretty consistent after a briefly slower period spanning parts of 2020 and 2021. He attributes that slower time to the proliferation of government Paycheck Protection Program loans that essentially gave some small businesses extra runway. But since then, he’s seen business tick up again.

He said the consistency of his business is largely due to the venture capital model, which hinges on making big bets, anticipating many will ultimately fail. That’s especially true now that IPOs have stalled, making it more difficult for start-ups to exit and give investors a return on their money.

From hypergrowth to efficient growth

Kramer noted that a hiring slowdown in tech doesn’t mean the industry has stopped growing.

“People have to look at how much they’ve grown in the last, two, three, four years because of Covid,” Kramer said. “If they’re growing at 30, 40% and then they go down to zero to 5% growth, they’re still growing and they’ve already hired so many people.”

Jerome Ternynck, CEO of talent acquisition platform SmartRecruiters, called it a shift from “grow at all costs to efficient growth.”

“Investors have clearly expressed that this is now a time for tech to continue to grow, but that money is not free anymore,” Ternynck said, pointing to slumping valuations on the public market among the tech industry. “It translates for tech companies in a slower pace of additional hires.”

Hired, a tech and sales-focused jobs platform, has yet to see a slowdown and has actually seen more hiring investment from Big Tech, according to CEO Josh Brenner, though it anticipates some volatility around small tech businesses.

“From what we’ve seen, companies are focusing on the long-haul for hiring, after learning from the pullback that happened in 2020,” he said in a statement. “It’s not worth it to turn off the hiring pipeline. Given how much companies had to make up for last year, we’re not surprised to see some relative year-on-year slowdown.”

Davis, the venture investor, still sees big opportunities in start-up investing, as hard times “starve out the weak companies” without killing the strong ones.

“I’ve been saying to the LPs we talk to that this is actually hunting season,” Davis said. “It’s a great time to be putting money into work. And a lot of great companies were created out of the last recessionary cycles.”

WATCH: This is the worst environment since the dotcom crash, says Craft Ventures’ Sacks

Tue May 17 , 2022
CHEVY CHASE, Md., May 13, 2022 /PRNewswire/ — FCP® with joint venture partner, One Real Estate Investment (OREI) announce the acquisition of The Summit apartments, a 284-unit community in San Antonio, Texas. The Summit is a 1984-build, Class B multifamily property located at 1955 Larkspur Drive in the primary economic […] 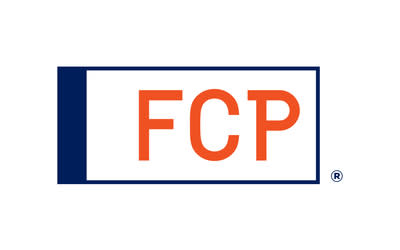