Because of the disease, Stark has been in two induced comas and has undergone a tracheostomy. He remembers suffering from post-traumatic stress disorder with the “dreams of the comas actually causing trauma” after his second.

And that is how he came to find boxing, the sport he describes as providing him the gift of “being myself, feeling comfortable, feeling vulnerable.”
Through his journey in boxing, Stark has come to organize the World Gay Boxing Championships (WGBC), the world’s first LGBTQI+ boxing tournament, which will be held in Sydney in 2023.

The slate of events, which have been backed by Boxing Australia as well as most of the sport’s leading organizers and administrators, will feature amateur fighters of different weights, ages and abilities.

As well as introducing the sport to a whole new audience, Stark hopes that the WGBC can “disrupt homophobia, transphobia, hatred in sport.”

“I think the main thing is around visibility and representation,” he told CNN Sport. “There have been trailblazers in the world of boxing. You think women were not able to compete in boxing at the Olympics until 2012. Think what Nicola Adams has achieved. Women have been competing in boxing in the US since the 1990s, so women have been blazing a trail of boxers.

“And I think that’s where my whole spirit of inclusivity comes from — because of what other people have achieved and for me, my organization, we’re very much around the grassroots and amateur level, but we want to disrupt homophobia, transphobia, hatred in sport.”

READ: ‘Maybe, he wasn’t the problem. Maybe, I was’: How Muhammad Ali stayed true to himself on his path to becoming an icon

‘Boxing is for everybody’

Stark was a swimmer at school. He remembers being picked last in school sport, apart from in the pool.

His introduction to boxing came when he visited his local martial arts center for some self-defense classes.

Previously, he had considered the sport to be “barbaric.” But it has become a safe space.

Because of the masculine nature of the sport, many might consider boxing very “heteronormative,” according to Stark. But as a member of the LGBTQI+ community, he has come to find the sport extremely inclusive.

“Boxing is for everybody,” he says.

“I’ve found the sport, from my personal experience, to be very inclusive. I’ve been welcomed in various gyms,” Stark continues.

“I’ve been training for my first fights and all of my gym coaches, the trainers, everybody involved in our first fight have just been very welcoming to the extent that coaches and participants have even been recording ‘Happy Pride Month’ videos.”

Stark fell in love with the sport, fully immersing himself with the club and the classes there. He remembers calling himself “the future world gay boxing champion” as a joke.

He did have dreams of boxing at the 2022 Gay Games, but the sport was eliminated from the upcoming games — postponed until 2023 because of the coronavirus pandemic.

Which is where his idea for the WGBC came from. “I just came up with the idea: ‘Why don’t I organize the world’s first LGBTQI+ boxing championships, which includes our allies?'” he remembers.

The inaugural WGBC will be held in Sydney in 2023 to coordinate with WorldPride and Mardi Gras in the city.

READ: ‘Every single time I lift the bar, I’m just lifting my country up’: Shiva Karout’s quest for powerlifting glory

Starting at the bottom

As well as putting on a festival of boxing for all ages, abilities and skill level, Stark hopes the WGBC can impact LGBTQI+ representation in the sport.

“There have been very few out professional gay male boxers who have won major championships,” he explained. “I think representation and visibility is really important.”

But Stark believes that while improving representation at the elite level is important, there is not enough focus placed on the grassroots and amateur levels.

Like the Bingham Cup — a biennial, international, non-professional, gay rugby union tournament — he hopes that the WGBC can encourage young members of the LGBTQI+ community with an interest in boxing to try the sport.

But as well as encouraging engagement with the sweet science, Stark hopes he can have an effect on stopping homophobia and transphobia in sport.

According to one study, 80 percent of the more than 12,000 participants from across the world have witnessed or experienced homophobia in sports. The study also found that 78 percent of the participants believed that an openly gay person would not be very safe as a spectator at a sporting event.

Although he has been subjected to the “typical trolling on social media” as a result of the foundation of the WGBC — something he’s ignored — he believes it can make a difference.

“There’s more work to be done, but really it’s at that grassroots and amateur level. And I talk about disruption through inclusion and participation,” he said.

“I’m working with an organization called Proud to Play. They’re going to do consultancy outreach for us and community engagement to help with our trans and gender diverse policy. But also, we’re working with them on an inclusive gyms project. You think if you feel more welcome at the gym, if you feel welcome to train, you’re more likely to get involved in sport at the amateur level and maybe through to the professional level.”
Visit CNN.com/sport for more news, features, and videos

Stark’s first hope is that the WGBC can “bring the boxing, LGBTQI+ and wider community together.”

As for his long-term hopes? He wants something more transcendent.

“The reason I set up the organization, I want [homophobia, transphobia, etc.] to no longer exist by the end of the decade.”

Fri Oct 15 , 2021
Howie Mandel is offering a health update after he passed out at a local Starbucks and was transported to a hospital in Los Angeles. On Wednesday, Mandel tweeted that he is “doing ok” following the scary incident and thanked doctors as well as those who reached out on his behalf. […] 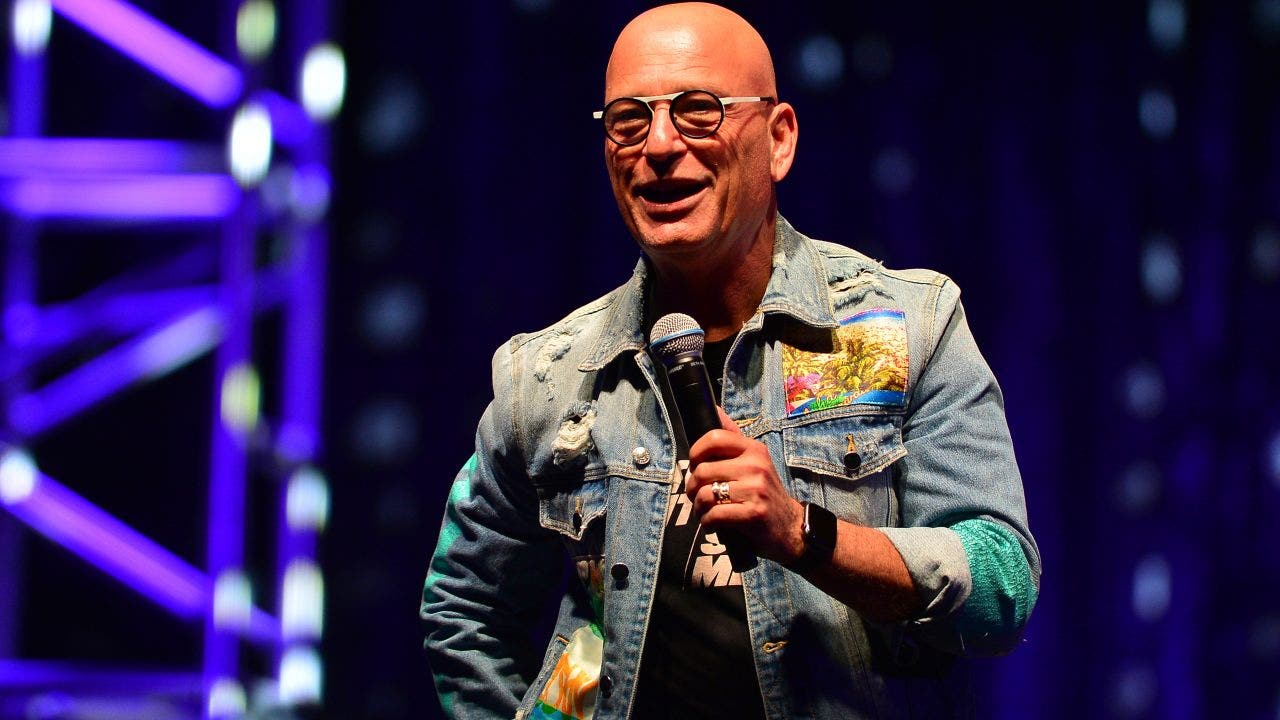