In the United States’ effort to return to the moon, women key to the operation hope to make history in the final frontier.

The women behind the Artemis program — Sharon Cobb, who leads the team that designed and built the powerful space launch system; Laura Poliah, who helped build the Orion capsule on top; Stephanie Wilson, an astronaut who could fly on one of the missions; and Charlie Blackwell Thompson, the first female launch director — sat down with NBC News’ Anne Thompson in an interview on TODAY Wednesday to discuss the revolutionary mission.

“When we go back to the moon, with the first woman, the first person of color … those iconic boot prints mean that space and exploration are for everyone,” Blackwell Thompson said.

On the ground, NASA has already changed from the historically white male staff seen in films like “Hidden Figures.” Cobb explained that right out of college, she started at NASA as a graduate student. And while she had some women and role models to look up to, now she sees “strong, smart women in every corner of what we do at NASA.”

“The folks that are helping to build this rocket, there are the managers, the chief engineers, there are women that are in very strong, capable positions everywhere we look,” she said.

Today, 30% of NASA’s senior executives are women. The team working on the return to the moon is 35% female.

Blackwell Thompson said she hopes to blaze a trail that will inspire other young women to believe they too can work for NASA.

“I would like to think that in being the first female launch director for NASA, the first woman in that role, that that sends a message to young women that says not only is there a place in this firing room for you, there’s a place in the front of the room for you leading this team,” she said.

Poliah added that it’s been personally motivating for her to watch Blackwell Thompson in her role as launch director.

“It’s inspiring for me to see that, to know that there is no ceiling for us that we can go wherever we put our minds to,” she said.

Why go back to the moon?

The Artemis program will run the U.S. government about $93 billion. The first four flights are each slated to cost $4 billion and are already behind schedule. So why go back to the moon 50 years after the first manned lunar mission?

Cobb explained to Thompson that there’s so much we “didn’t have the opportunity to learn the last time.”

“We can also learn how to live and work on another surface outside of the Earth. And so we just barely scratched the surface of exploring and learning about the moon,” she said. “Learning how to work on the Moon will allow us to take those technologies and mature them and eventually be able to move on to the next great step will be putting humans on Mars.

“And that’s ultimately what we want to learn from going back to the moon is how we can live on another planet.”

How is Artemis different from the Apollo mission?

NASA’s Apollo program was the one that resulted in Neil Armstrong becoming the first man to walk on the moon, in the Apollo 11 spaceflight on July 20, 1969. Apollo included 11 spaceflights in total between 1968 and 1972, six of which made landings on the moon.

There are several ways the Artemis missions will differ from Apollo. For one, the space capsule that’ll be used, Orion, which can carry four astronauts, is larger than Apollo’s, which carried three.

“We’ve transitioned over to smaller monitors, smaller boxes,” Poliah also explained. “The capability of Apollo was something that now on your cell phone, it’s … very similar.”

When are we going to the moon?

Artemis’ first flight, which could potentially happen at the end of March or early April, won’t have any humans aboard; it will just orbit the moon.

NASA hopes to land Americans back on the moon by the third or fourth trip, likely at least three years away  — perhaps recapturing some of the magic that became the hallmark of the space organization’s glory days.

“I remember watching with my classmates and like first, second grade. And I think that that doesn’t change,” Blackwell Thompson said. “What we will do in Artemis will inspire a whole new generation of explorers and scientists.”

But this time, as Cobb said, going to the moon will be “one giant leap for humankind.”

“As you can see here today, there’s some very talented women,” she said. “And this is very representative of what the entire Artemis program is about.”

As for Wilson, she says the view from space might give a little perspective on our world too.

“And what strikes many of us is that the strife that might be happening around the world is not visible from space. So the borders of countries are not visible,” she said. “To us, it appears as one unified world, one unified entity.”

Fri Feb 4 , 2022
A cannabis industry consolidator will buy Goodness Growth Holdings, a Minneapolis-based firm that has struggled financially but holds licenses in some key states, in a $413 million stock transaction that is valued at $2.39 per share. Verano Holdings and Goodness Growth, formerly Vireo Health, announced the deal Tuesday. Shares of […] 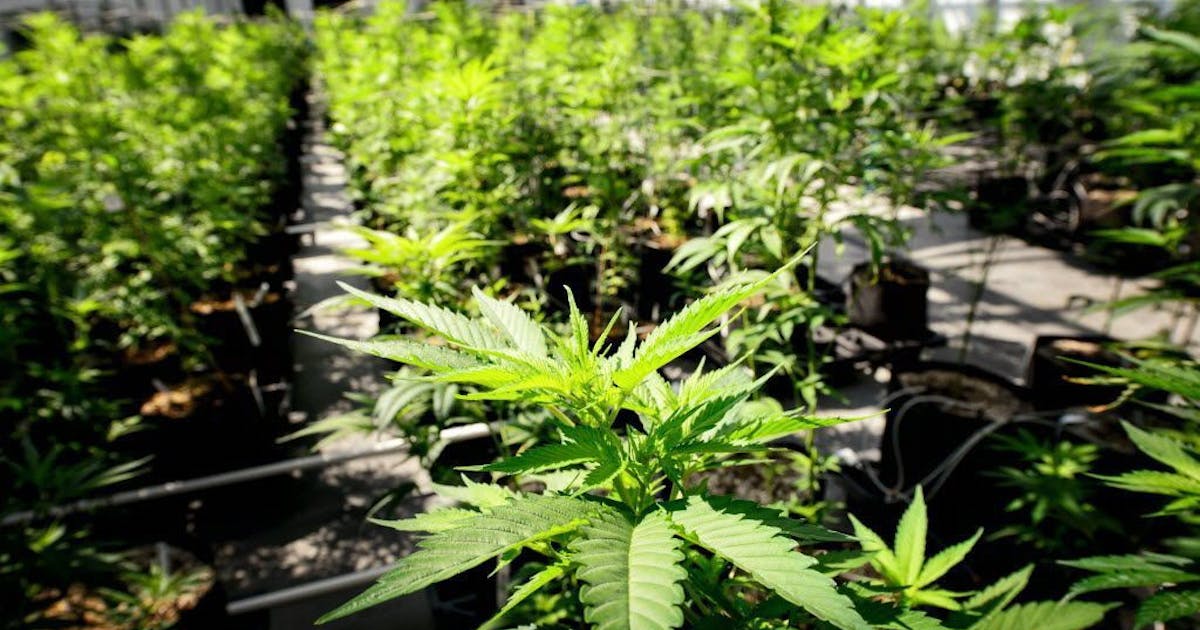