When Elon Musk has a new start-up idea, he typically skips a crucial stage of getting the business off the ground: He doesn’t create a business plan.

Over the last two decades, Musk has helped build a slew of successful companies, from PayPal to Tesla and SpaceX — making him the world’s richest person, with a net worth of $258 billion, according to Bloomberg. And he’s done that while going directly against the grain of conventional entrepreneurship wisdom.

Musk admitted to throwing out the idea of developing a written roadmap that typically defines a company’s objectives and goals at the South by Southwest conference in 2018. “I had a business plan way back in the Zip2 days,” he said. “But these things are always wrong, so I just didn’t bother with business plans after that.”

Zip2 was Musk’s first major start-up: He co-founded the company, which helped newspapers design city guides, with his brother Kimbal in 1995. It wasn’t exactly a failure — after four years, the brothers sold Zip2 to Compaq for $307 million in cash.

But those four years convinced Musk that things rarely go according to plan in the start-up world. So, ahead of launching his next company, X.com — which eventually merged with a competitor, Confinity, to become PayPal — Musk resolved to scrap the plan entirely.

Many prominent experts and start-up icons disagree with Musk’s strategy: Not creating a business plan is often cited as one of the most common mistakes an entrepreneur can make, especially for anyone trying to raise money.

Mark Cuban, a fellow billionaire, says he believes in business plans — often conducting extensive research before launching or investing in a business. For him, the key is to leave it “open for change,” so you can adapt when your original plan starts to go awry.

Richard Branson, another billionaire, is also known as a huge proponent of writing down his business plans. “A business plan doesn’t have to be a lengthy, well-thought-out proposal,” Branson once wrote in a blog post. “it can be as simple as some notes in a notebook, or a scribble on the back of an envelope.”

Branson added that you shouldn’t need to wait to have a formal, perfected plan to get started — an idea also championed by other billionaire entrepreneurs like Meta co-founder Mark Zuckerberg and LinkedIn co-founder Reid Hoffman, as CNBC Make It noted in 2017.

Instead of writing a business plan, Musk said, aspiring entrepreneurs should ask themselves some simple questions before getting started. “You really have to ask whether something is true or not,” he said, and whether your business idea legitimately “makes sense.”

“If it ever feels like it’s too easy, it probably is,” Musk added.

Musk did not immediately respond to CNBC Make It’s request for comment.

Sign up now: Get smarter about your money and career with our weekly newsletter

Mon May 9 , 2022
A pediatrician examines a newborn baby in her clinic in Chicago on Tuesday in 2019. In a new policy statement released Monday, the American Academy of Pediatrics says it is putting all its guidance under the microscope to eliminate “race-based” medicine and resulting health disparities. Amr Alfiky/AP hide caption toggle […] 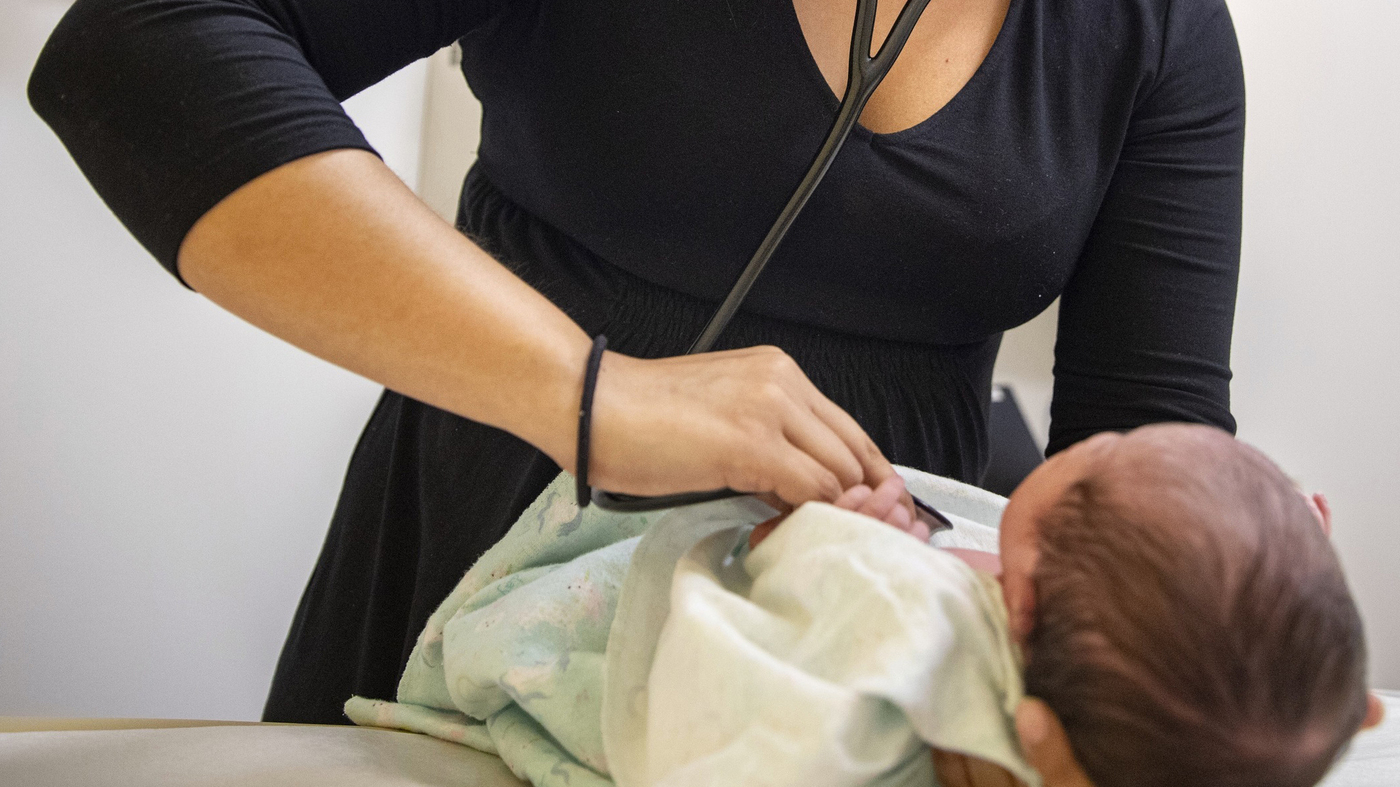