Whether you are a diehard fan or a fly-by-nighter, Strictly’s return is a welcome thing, with contestants on this 19th season including Olympic swimming hero Adam Peaty (“I live my life in tight clothing,” he shrugs), standup Judi Love, awks comic actor Robert Webb and McFly chap Tom Fletcher. Look out for a return visit from Bill Bailey, too.
Saturday 18 September, 7.45pm, BBC One

Given the pop panel show went out with a whimper when it finished in 2015, can Buzzcocks come back with a bang? Its Sky reboot features Noel Fielding and This Country’s Daisy May Cooper as team captains.
Tuesday 21 September, 9pm, Sky Max

“The streets are controlled by the biggest gang: the police.” So says Tupac’s former manager Leila Steinberg in Nick Broomfield’s latest doc in which he revisits the shocking, and still unsolved murders of two rap legends.
Sunday 19 September, 9pm, BBC Two

Apple’s shimmering (and mindblowingly expensive) adaptation of Isaac Asimov’s seminal sci-fi tome follows a civilisation on the verge of catastrophe. But renegade mathematician Hari Seldon (Jared Harris) can predict its collapse with accuracy, and therefore take action to limit it – if he’s not thwarted by the Galactic Empire’s cloned oligarchs.
Friday 24 September, Apple TV+

Worries that the slick US Drag Race wouldn’t work in the UK were allayed by its joyful first two seasons; our version warms the cockles precisely because of its mildly shambolic vibe, feeble prizes and the queens’ brazen pluck. Panel guests in series three will include Matt Lucas and Oti Mabuse.
Thursday 23 September, BBC Three

This strange and gripping true story – described by its writer as “the real-life Big Lebowski” –finds actor John Stamos in conversation with Barry Keenan, the man who, struggling with personal and financial problems, kidnapped and ransomed Frank Sinatra’s son, Frank Jr, in 1963. It explores mental illness with a deft touch, even as it spins its wild tale.
Weekly, widely available

Zipping through the “zeitgeist-iest” aspects of film, TV, and comics, this gloriously nerdy new podcast – hosted by Binge Mode’s Jason Concepcion – offers deep dives into ever-expanding franchises. The opening episodes focus, inevitably, on Marvel, via latest film Shang-Chi and the Legend of the Ten Rings, and its steady takeover of TV.
Weekly, widely available

Far from the world of fine dining, this pod sees Grace Dent discussing food that really matters. What do we reach for in search of comfort? Recent guests include Deborah Meaden and comedian Munya Chawawa who, on the basis of his recent MasterChef ignominy, might not be doing his own cooking.
Weekdays, the Guardian

When it comes to wild swimming, the Guardian is famously the country’s paper of record. So obviously this podcast, in which Freya Bromley talks to swimmers about their favourite locations and the joy they take in their hobby is up our street. It’s not just wild swimming, either; the sea, lidos and good old indoor pools also get their dues.
Weekly, widely available

After a year of lockdowns, we know that getting outdoors boosts our mental and physical health. Like a breath of fresh air, this new pod shares views from diverse and under-represented sources, such as Black Girls Hike, as well as timely reportage, including a piece on Afghanistan’s outdoor connections. Horizon-broadening stuff.
Weekly, widely available

Sadly denied a cinema run, this film of Tom MacRae and Dan Gillespie Sells’s ebullient, fact-based pop musical adds a dab of dank Sheffield naturalism to its camp colour. Max Harwood shines as gay teenager Jamie, who wants to be a drag queen, with Sarah Lancashire’s single mum and Sharon Horgan’s teacher caught up in his second “coming out”.

This intimate visual essay sees Cousins use the prospect of a cataract operation to muse on the meaning of looking (mostly while lying in bed). The stages of a human life are seen through colour, light, body image and, typically, an erudite range of cultural references.

Michael Gandolfini takes on the role made famous by his father James – Tony Soprano – in this prequel to the canonical mafia TV drama. It’s set around the 1967 Newark race riots and co-stars Alessandro Nivola as Tony’s mobster uncle Dickie Moltisanti, a major influence on his choice of career.

An air of foreboding hangs over this tense tale like a Greek tragedy. Ann Skelly is a haunting presence as Rose, who tracks down her biological mother (Orla Brady). But the truth about her birth and her real father (Aiden Gillen) lures her down a dark path. 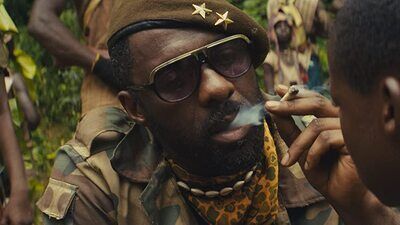