Warm tributes have been paid to the trailblazing radio DJ and regular Top of the Pops presenter Janice Long, who has died at the age of 66.

Long was an infectiously cheerful and knowledgable voice on a number of BBC stations for 40 years.

The Radio 1 Breakfast show DJ Greg James described her as a “truly brilliant radio person”. “She was so kind and sweet to me when I was on earlies on [Radio 1] and she was on [Radio 2] nights at the same time. She picked the greats and got them in session before other DJs had even heard of them. She was such a laugh as well,” he tweeted.

Long, the sister of the late children’s TV presenter Keith Chegwin, died on Christmas Day after a short illness.

Her husband, Paul Berry, said: “I’ve lost the love of my life and I’m going to spend the rest of it half a person. She had my back from the day we met, you couldn’t possibly ask for more love and loyalty from a wife.”

Her daughter, Blue, 25, praised her mother for forging a path for women in the media, saying: “Mum I love you. You paved the way for me to have an incredible life. You were a trailblazer for so many women to go conquer and succeed. The first woman to host Top of the Pops and the first woman to have her own daily show on Radio 1.”

Her son, Fred, 33, referred to his mother as an “absolute G”, adding: “She wasn’t only a mum to me but a whole bunch of my friends that she took in and cared for and I’ll never forget everything she has done for me.”

Long’s father, Collin, said: “I’ve not only lost a daughter but a true friend that I’ll never forget.”

The initial news of her death came from her agent, Nigel Forsyth. He said: “Janice was a wonderful, warm human being and exceptional broadcaster. She told a brilliant story and always made you roar with laughter with her sharp wit.”

Forsyth said Long loved the BBC. After jobs in Laker Airways cabin crew and telesales, she joined Radio Merseyside as a station assistant in 1979. She became a household name after joining Radio 1 in 1983, becoming the first woman to have her own daily show. Soon she would become the first regular female presenter of Top of the Pops.

In 1985, she was one of the main presenters of the Live Aid concert organised by Bob Geldof and Midge Ure. Ure said her death was “dreadful news. Janice stood with us on the pitch at Wembley stadium as we announced Live Aid. A broadcast legend and absolute music lover.”

Long also had stints on Radio 2 and Radio 6 Music. Since 2017, she had hosted the evening show on BBC Radio Wales.

The Radio 2 presenter Ken Bruce said: “So sorry to hear about dear Janice Long. A great broadcaster and always terrific company. We had such a laugh doing Antiques Roadtrip together.”

Tim Davie, the director-general of the BBC, said Long had blazed a trail and would be missed by fans, listeners and colleagues. “Janice Long was a stellar presenter, who was loved and respected across the industry and her passing is a huge loss to music, broadcasting and the BBC.”

Long was an early supporter of future stars such as the Smiths, Frankie Goes to Hollywood, Primal Scream, Adele and Amy Winehouse. She was awarded a Basca gold badge of merit – from a forerunner of the Ivors Academy – for her outstanding contribution to music.

Tim Burgess, of the Charlatans, tweeted: “Janice Long was a supporter and mentor for so many bands. To hear our records on her show was always the biggest thrill – her enthusiasm and love shone through. One of a kind. Safe travels, we’ll miss ya.”

Peter Hook, of Joy Division and New Order, said: “Such sad news about Janice Long. She was always a great friend and a great supporter of our music. She was a lovely lady and a pleasure to be around.”

Pete Wylie, of the Mighty Wah, said Long was brave and brilliant. “The best friend a boy could have – 40 years! We said our goodbyes on Thursday but she’ll never be far from here. An absolute pro, dedicated to the music she loved and championed, but smart, kind, funny, generous. I love you mate. Friends for ever.”

Lorna Clarke, controller of pop music at the BBC, said: “Everyone in pop radio was saddened to hear of the passing of Janice Long. She was long admired for her role as a talent spotter and new music champion, as well as lighting the way for female radio and TV presenters throughout the industry. We send our deepest condolences to her family and friends at this sad time.”

PA Media contributed to this report

A Lavish Tax Dodge for the Ultrawealthy Is Easily Multiplied

Wed Dec 29 , 2021
This is the story of the incredible cloning tax break. In 2004, David Baszucki, fresh off a stint as a radio host in Santa Cruz, Calif., started a tiny video-game company. It was eligible for a tax break that lets investors in small businesses avoid millions of dollars in capital […] 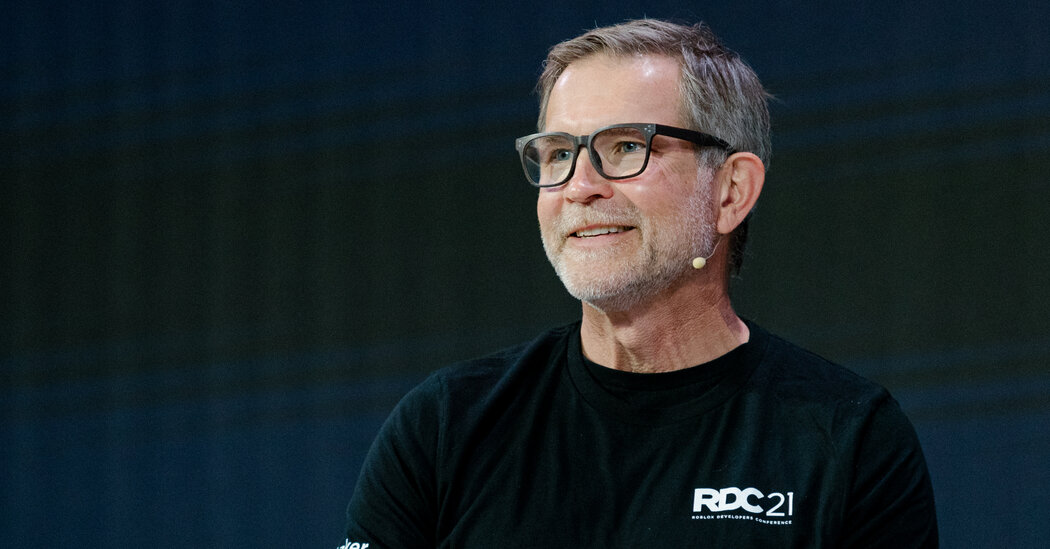