As the largest U.S. companies get set to report earnings, investors are torn between two ways of thinking about the technology industry.

Tesla reports earnings on Wednesday and Apple on Thursday. Amazon, Meta and Alphabet all report next week. Microsoft reported earnings after the market close Tuesday. Each stock is down between 9% and 15% so far this year.

Amid the slump, the bull thesis hasn’t changed much.

The world’s digital transformation is in its early innings and has decades of growth ahead, whether it’s from the transition to electric vehicles, the surge in demand for connected devices or the emergence of the crypto-economy and the metaverse. Cloud computing and artificial intelligence will transform every industry in the coming years, and investments in cybersecurity are required at an unprecedented scale. Tech’s bellwethers are poised to capture huge amounts of consumer and business spending.

The bear camp, meanwhile, has soured on high-growth tech stocks, particularly those that soared during the pandemic. Investors are witnessing inflationary pressures as the economy opens, and they’re awaiting interest rate hikes from the Federal Reserve. Stay-at-home stocks are getting crushed, with Peloton, Zoom and Netflix all taking staggering hits in recent months.

“We view this as the most important earnings season for the tech space in potentially the last decade,” wrote Wedbush Securities analyst Dan Ives in a note to clients. “The Street now needs to hear good news at a ‘white knuckle time’ from tech bellwethers.”

In the first three weeks of the new year, investors have turned their back on tech stocks. The Nasdaq dropped 7.6% last week, its steepest one-week decline since 2020. It’s off 12% so far in 2022, the index’s worst start through the first 15 trading days since 2008.

The tech companies most at risk are those that have been trading on revenue growth rather than profitability, Toney said.

Strong earnings performances from the biggest names in tech will support the thesis that the premier names can continue to perform regardless of economic conditions. Not only are their products more resistant to inflationary, and potentially recessionary, pressures, but the stock multiples are also at reasonable levels on a historical basis.

The sell-off in the sector has been broad, setting up a potential buying opportunity for investors who can use the drop to scoop up quality companies — but only if their earnings give them reason for hope, wrote Wedbush’s Ives.

“The underlying growth drivers of the tech space today are unmatched to anything we have seen since the mid-1990s and not being priced into stocks at these oversold levels,” wrote Ives.

The companies that will be under the greatest scrutiny are those that have traded up on hype and the promise of future profits, Toney said.

“When we think about how investors value growth stocks, they’re looking out into the future and discounting back,” said Toney. “So when a rising interest rate environment happens, there’s a higher cost of capital, therefore compressing some of those margins that they’re valued on.”

Thu Jan 27 , 2022
Former Maryland star Laurin Mincy is one of many current and former WNBA players trying to reclaim a professional playing career.courtesy of Athletes Unlimited An NBA replay operator, a former police officer and a music industry professional all wanted another shot. Another shot to play professional basketball on a large […] 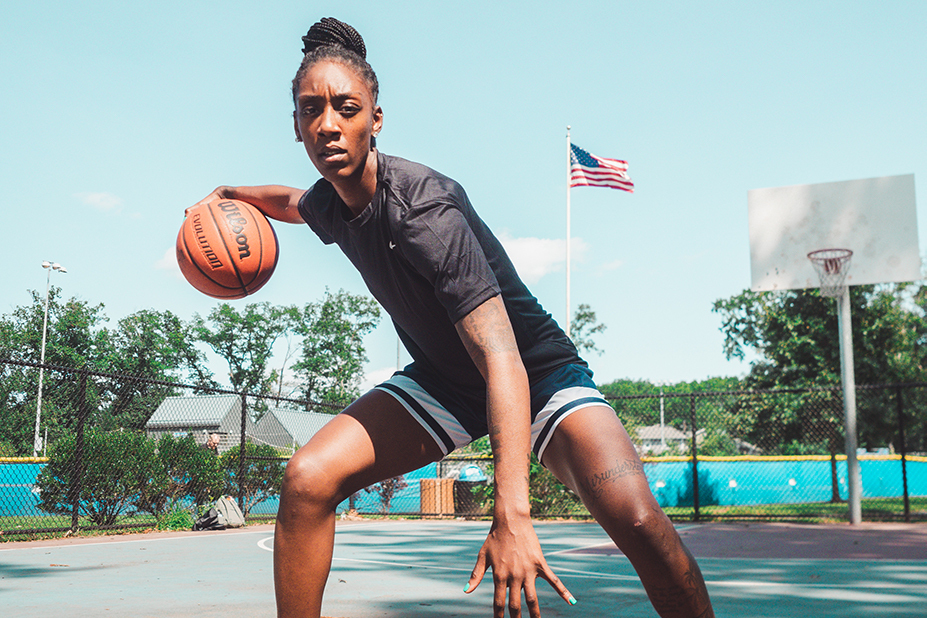