To Abigail Disney and her three siblings, the Disneyland theme park in Anaheim, California was simply “the park.” The family would go there every week to see Grandpa Roy O. Disney, co-founder of The Walt Disney Company together with his more famous brother Walt. On their walks inside that magical place, Abigail’s grandfather would greet each employee by name and be himself addressed as Roy. He was always picking up the garbage he saw on the ground. “I want people to know that nobody is too good to pick up trash,” he would tell his grandchildren.

As a Disney heiress, Abigail grew up proud of what her family had created: movies, characters, stories and a place like Disneyland, dubbed “The Happiest Place on Earth.” But she also grew up learning never to say anything bad about the family or the business. This changed in 2018, when a Disneyland employee wrote to her on Facebook asking for help. “Having the surname Disney is like having a strange superpower that you didn’t ask for,” notes the philanthropist, political activist and documentary producer. The employee’s name was Ralph, and he told her that he and his wife were both working as park cleaners, and that their wages were not enough to pay for housing or even put food on the table for their four kids.

As a philanthropist and activist, Abigail Disney had been calling out poverty and economic inequality for years, but she had never stopped to look inside the family business, where she has never worked personally but which contributes to her own finances through her company shares. According to her, she was convinced that things at “The Happiest Place on Earth” were still being done the same way they were in her grandfather’s day, in the 1950s and 60s, when any Disney employee could afford a home, food and medical insurance, and be a part of the middle class. But when she met Ralph and other members of the Disney parks union, she was confronted with reality: in 2018, 10% of full-time employees were homeless and living in shelters or in their cars. They were being paid $15 an hour, whereas in Anaheim, it is estimated that the minimum wage to make a living is $24. That year, Disney chief executive Bob Iger (who stepped down from all executive positions in late 2021) had beaten his own record with compensation of $65 million. “In other words, a Disneyland custodian would have to work for 2,000 years to earn what Iger makes in one,” she notes.

That was when Abigail Disney decided to become a spokesperson for the workers and to tell their story in the documentary The American Dream and Other Fairy Tales, co-directed by Kathleen Hughes and which premiered on Monday at the Sundance Film Festival.

“I was so angry at reality. I knew it was happening at many companies in America, but I guess I always thought that we’d be better than them,” she said at Sundance. “There was a story to tell, not just about the dissonance that workers in the happiest place on Earth were sleeping in their cars, but also about what happened to the American working class in the last 50 years. How did we get here?”

Shortly before starting the shoot, Abigail Disney started a public campaign demanding more taxes for the rich, called Tax Me More. In a televised interview, asked about Bob Iger’s salary, she spontaneously responded that “not even Jesus Christ is worth that much money.” There was a huge outcry on social media, where she received encouragement and criticism, and was also called a hypocrite. But she insisted on the message and made it all the way to the Senate to demand a law that would rein in “corporate ambition” and executive pay. At the Senate session, she was called a “Socialist” and a “Marxist.” As she explains in the movie, the Disney lobby had done its job before her own appearance.

The documentary alternates testimony from Disneyland employees who live on food stamps with analyses by economists and journalists who look at the loss of purchasing power by the working class and the dark side of the American dream, whose genesis the movie places in the days of Ronald Reagan and the slogan “greed is good” by the economist Milton Friedman. Disney compares this with the “ethical and values-based” management style of her own grandfather, who reportedly earned just 78 times as much as the employee with the lowest wages. “Our grandfather wouldn’t have done it,” she says together with her sister, who reminds her that if Bob Iger makes so much it’s also because shareholders like themselves have received more benefits in recent years.

From her “privileged situation,” as she admits in the film, Abigail Disney ends up addressing Bob Iger but not making him ultimately responsible. “Maybe it’s not our fault, but it is our responsibility,” she writes to him.

‘The Woman in the House Across the Street From the Girl in the Window’ Review: A Mocking Mouthful

Sun Jan 30 , 2022
The title of “The Woman in the House Across the Street From the Girl in the Window” isn’t just a mouthful, it’s a spoiler—not on the level of “Death of a Salesman,” maybe, but a spoiler nonetheless. While it suggests any number of similarly plotted thrillers, including “The Girl on […] 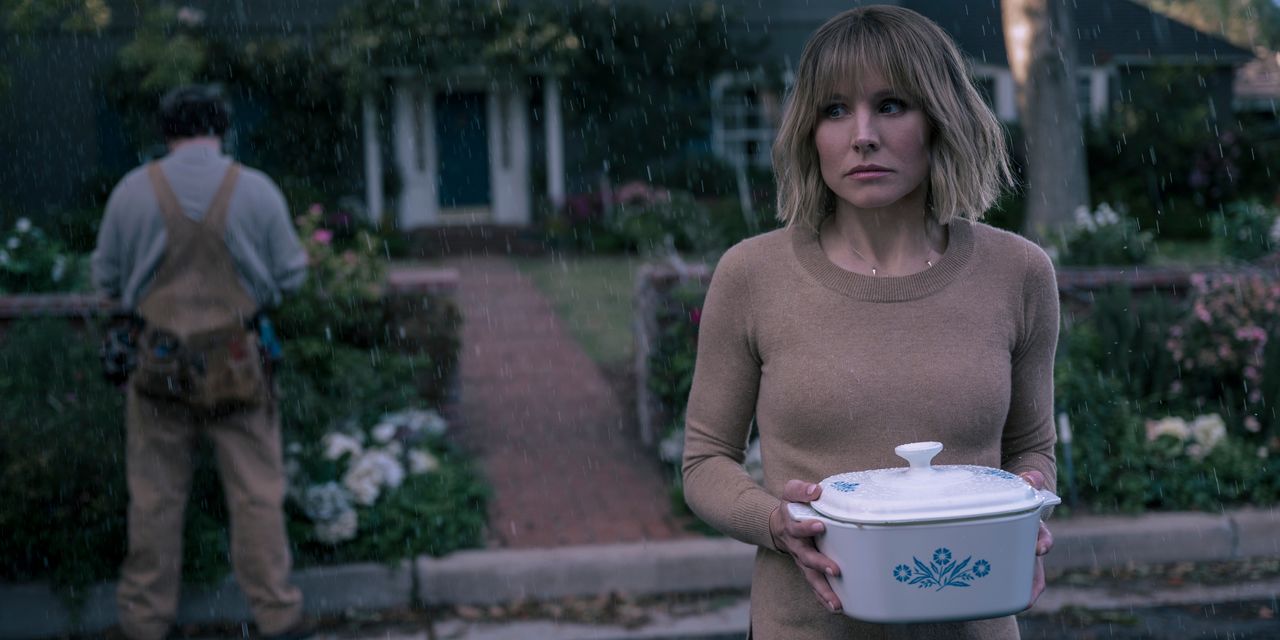