This article is part of the On Tech newsletter. Here is a collection of past columns.

Every few months, I concoct new ways to say that tech giants make a lot of money. Today, I give up.

That’s even true of the company that we know as Facebook, which ran into a financial brick wall on Wednesday. This might be the end of Facebook as we know it — maybe! — but the company is likely to keep churning out fat profits for years.

America’s five technology superpowers — Apple, Microsoft, Google, Amazon and Facebook — are titanic, and still growing. They have nearly infinite resources to help them stay on top. And their products are so in demand that even obscure pieces of their kingdoms are insanely popular.

Here are some numbers.

Outside of tech, large U.S. corporations are mostly doing dandy, too. But the tech superpowers are on a completely different planet from the merely big and rich.

The continued financial bonkers-ness of Big Tech rubs at essential questions for this newsletter: Is Big Tech’s success good for us? And are those five superpowers big and dominant because they make good stuff, or does their size and power virtually guarantee further dominance?

We know that people and businesses need the products from Apple, Google, Microsoft, Amazon and Facebook. And those companies tend to say that they could die at any minute. The history of technology supports that. Dominant companies don’t tend to stay that way for very long.

But this handful of technology companies have become so enmeshed in our lives, economies, world affairs and brains that they’ve had a grip for years. Microsoft and Apple are each more than 45 years old. Google and Amazon started about a quarter-century ago. Those companies have had hard times, but they’ve been mostly rich and successful for big chunks of their histories. We can’t imagine anything different.

Facebook is the youngest and most vulnerable of the bunch right now, but it has reinvented itself for a decade and outlasted (so far) every doubt.

The angst over Big Tech — questions of illegal monopolies and how they control speech and digital economies — boils down to a debate about whether our digital lives are defined by dynamism, or permanent dynasties. We’ll see.

Tip of the Week

How to choose a cloud service

Brian X. Chen, the personal tech columnist for The Times, responded to our On Tech editor, Hanna Ingber, who posed a question she thought readers would have, too. Hanna wrote:

“I find choosing between cloud storage options endlessly anxiety-provoking (so I basically just pay everyone). What to do?” (Hanna pays for three cloud storage services!)

Google Drive. Dropbox. Box. iCloud. Microsoft OneDrive. These are all cloud services, which are servers for storing our data online.

They’re convenient to use because you no longer need to worry about losing your data when copies of your files live in the cloud. They all cost a few dollars a month to store a sizable amount of data. So how do you choose just one?

I explored this question in a past column about the best way to manage your smartphone photos. Based on my conversations with techies, the wisest approach is to choose a service that is “device-agnostic.” That means a cloud service that is not exclusive to a specific brand. That leaves out iCloud, which works mostly for Apple products like iPhones.

It’s important to choose a cloud storage service that leaves you the freedom and flexibility to take your files elsewhere if you want to switch to a different device.

That’s why I often suggest that people stow their data in Google’s cloud. Google’s cloud-based apps for word processing, photo management, spreadsheets and file storage work on Apple and Android phones. And in general, its tools are usable via a web browser on any computer or smartphone.

I mostly write in a web browser using Google Docs on my Mac. And if I wanted to edit documents on a PC, I could use the same tool in a browser in Windows.

I asked on Twitter for videos of sloths, and the Sloth Institute parked these long-limbed charmers in my feed.

We want to hear from you. Tell us what you think of this newsletter and what else you’d like us to explore. You can reach us at [email protected]

If you don’t already get this newsletter in your inbox, please sign up here. You can also read past On Tech columns.

Tue Feb 8 , 2022
BEIJING — The cracks are starting to form. First, there were stories of athletes missing the Olympics entirely because of COVID tests failed before they ever got onto a plane. Next, there were the athletes who tested positive while in China, including Team USA flag bearer Elana Meyers Taylor. Now, […] 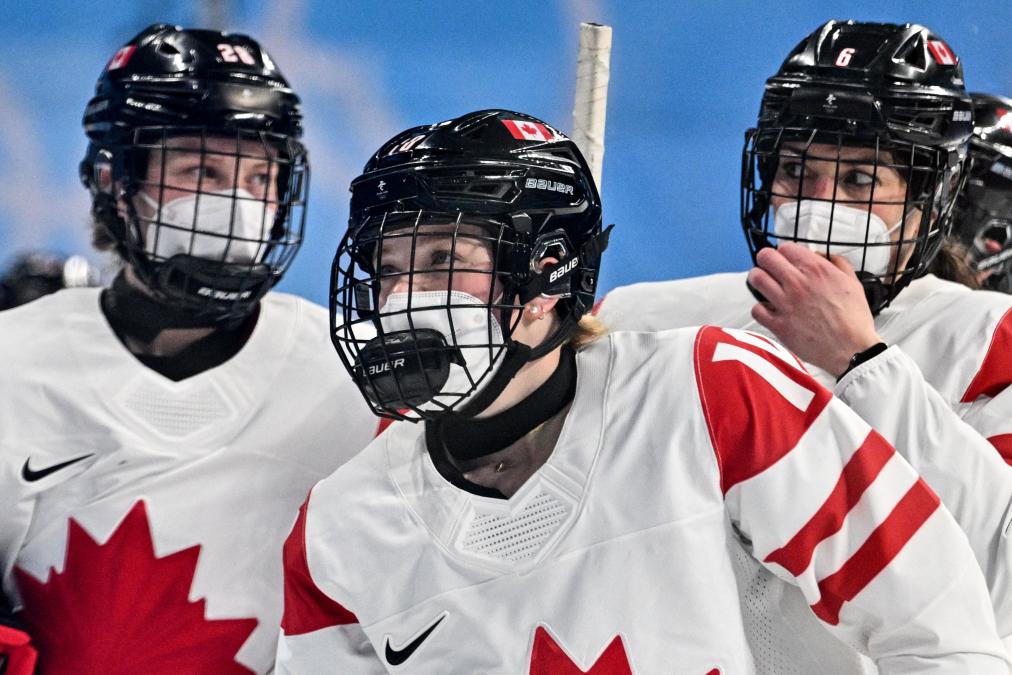