The heart of Yellowjackets relies on several different elements to keep it beating as strongly as it does. There’s shame. There’s subterfuge. And there’s rage. After the first three episodes we’ve learned how the girls came to be stranded after their plane went down on the way to nationals, but even after episode four, we still don’t have a full picture of what exactly took place while they were there for a year and a half. What we do know is that it was bad enough, and savage enough, to spin them all out into a long stretch of hard-lived years as adults.

Each of the surviving team members is struggling in their own way, and each of them knows that the dark center of their struggles lies in what they keep locked deep within. Secrets that they can only discuss with each other. But one way or another — whether via addiction, infidelity, anger management, or a combo of all three, that inner pain is gonna seep out somehow, and we see a lot of it break through the pores in this episode.

Each of the women who survived the crash is locked in their own hell. And one version of that hell can’t be compared or contrasted with another in terms of tallying up who would be the winner of the competition for shittiest adult life. But if you were forced at gunpoint to pick that winner, as of now, it would be Natalie, played by Juliette Lewis as an adult and Sophie Thatcher as a teen.

Being a big fan of drinking and drugs while also being a high-performing athlete might seem like an unlikely combination, but … is it really? Most athletes probably try a little harder than Natalie does to hide their recreational activities off the field, but she’s open about them in a way that she’s not with other aspects of her life. Teenage Natalie lives in a shitbox trailer with her checked-out mom and her abusive dad. When her dad isn’t physically beating on her and her mom, he’s trying out new forms of abuse like calling Natalie a slut for having a male friend in her room to listen to music and mockingly teaching her how to take the safety off of the family shotgun. It’s this last lesson that results in him shuffling off to the dirt farm with one less half of a face when he trips while holding the gun and accidentally kills himself. This event haunts Natalie even before the plane crash, but certainly digs its claws in even deeper while she’s stranded, using a rifle to hunt for food. One death takes life away, and another keeps life going. That’s the sticky thing about murder.

“I don’t know why you’re so scared, Natty. You’ve already got blood on your hands.” This message, relayed to Natalie by her dead dad in a dream, pushes her from day to day. Whether she’s numbing herself with booze pre- and post-rehab, or cloaking her pain in leather and eyeliner while looking into the unlikely suicide of her first love and fellow crash “survivor” Travis (Kevin Alves), she navigates her existence as though she’s shrouded in gore at all times. The other women are doing the same, in their own unique ways, and it’s these interlocking relationships with themselves, and each other, that makes this show so dynamic to watch.

Watching Shauna, played as an adult by Melanie Lynskey and Sophie Nélisse as a teen, is about as raw of a fly-on-the-wall experience as you can get. While Natalie is all about trying to play it cool while screaming inside, Shauna lets her grief and inner wildness steer her, in many ways, through an adulthood that she’s otherwise unequipped for. She’s married to a man who used to be the boyfriend of her dead best friend and fellow Yellowjacket Jackie (Ella Purnell) and struggling, like a lot of grown women are, through a sexless marriage and a combative parenthood with her smart-mouth daughter who can’t even be bothered to defrost chuck roast from the freezer for dinner. When Shauna’s suspicions that her husband Jack (Warren Kole) is cheating on her are confirmed, she is quick to give in to the pull of an extramarital affair of her own with a handsome guy she gets into a car accident with, who I suspect may end up with ulterior motives for being in such close proximity to her. Together, they embark on a series of adventures intended to make up for high-school experiences that Shauna lost out on while stranded, and while at home, Shauna uses lessons she learned during that lost time, such as how to kill and clean a rabbit for dinner. Resourcefulness and strength, for her, are both a help and a hindrance.

When the women start receiving cryptic postcards with a symbol harkening back to darker days of the past, it seems as though someone is out there watching, eager to expose their hidden truths. Natalie suspects the delightfully unhinged Misty (Christina Ricci), but Misty seems to be busy with other forms of batshittery, like taking patients from the old folks’ home she works at out for whiskey and chocolate martinis.

Of all the women, Taissa (Tawny Cypress) has the most to lose from the details of what really went down while stranded being exposed. As a married Black lesbian with a young (and deranged?) son, her ambitious path toward running for Senate is already harder than it would be for someone born into a life of easy-breezy privilege. While at a fundraising party, she gets a bit tipsy and finds herself sneaking cigarettes with the very woman whose political endorsement she’s looking to obtain, but when the woman offers a quid pro quo for gory details of her past, she tells her to go fuck herself. “Why do you get to have that? Just because you’re rich and powerful?” Taissa asks the woman, angered by her probing. More than a valid question, but we see in this, and with similar emotional displays from each of the other women, that their fuses are frayed and sparking. Threatening to snap at the slightest provocation, whether it be from a nosey white lady, a dirty reporter, or someone from within their own circle. Remember, there are quite a few Yellowjackets we haven’t heard from yet …

• Melanie Lynskey is MVP when it comes to quotable lines. Her delivery of the response, “No, but you know what, it might be,” to a guy asking if her request for him to buy alcohol for her and her new fling is “a sex thing” was gold. As was the line, “Your obsession with biographical minutia is the opposite of a turn-on.” She’s impossible to look away from. Melanie Lynskey 4-EVR.

• The backstory of the origins of Travis’s nickname being “Flex” felt like something a writer for this show won the permission to put in via a bet of some sort. But really, who doesn’t love a good “I can S my own D” joke? They’re like fart jokes in that you can’t overuse them or they’ll lose their appeal, but when done right, they’re really fun for some disgusting and juvenile reason.

• I’m putting it out into the universe that if they don’t already have plans to do so, they really need to release the official soundtrack for this show on vinyl. I’d buy the shit out of that.

Keep up with all the drama of your favorite shows!


By submitting your email, you agree to our Terms and Privacy Notice and to receive email correspondence from us.

Mon Dec 6 , 2021
Opening a small business isn’t easy, even when you have plenty of money to do it. Getting a small business off the ground with little to no budget is an even more challenging feat. However, with the right amount of passion and strategic planning, anything is possible. To help you […] 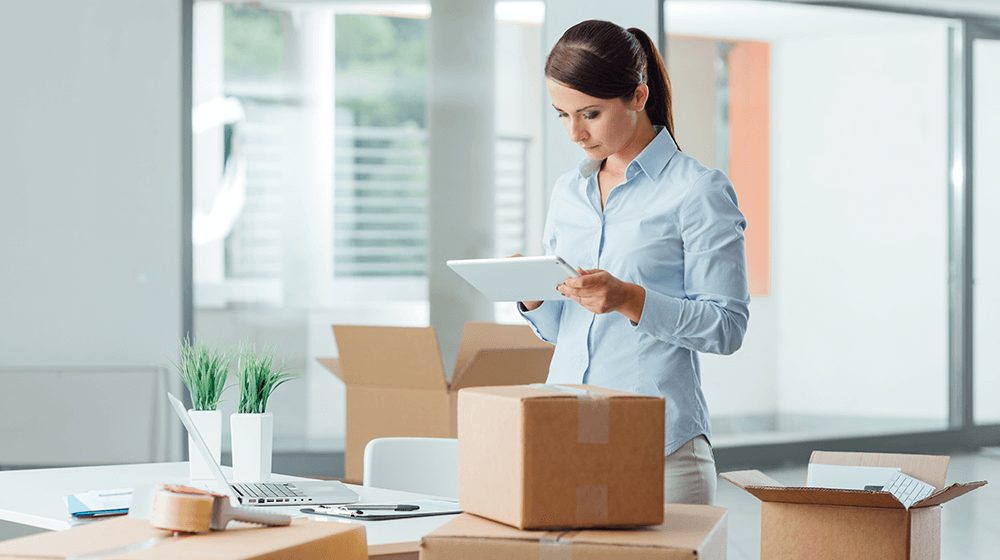