Mark Zuckerberg gave his social media giant Facebook a mountain to climb when he switched focus to the metaverse, an abstract concept whose future customers must open their wallets for a relatively experimental technology.

His strategy till now: Heavily subsidize the cost of its Oculus Quest virtual reality headset. But $300 is still a lot for a type of device that most consumers have never worn. So Meta Platforms Inc. is taking a cue from Apple Inc., Samsung Electronics Co. Ltd. and other tech companies that have tried their hand at reaching the masses through retail outlets. It’s a smart but risky move.

Meta said Monday that its first physical retail space will open on May 9 in Burlingame, California. The store will be at Meta’s Reality Labs complex, the office where its engineers work on technologies like virtual and augmented reality.

Overlooking the bay and San Francisco airport, it’s a good 20-to-30 minute walk from Burlingame’s main shopping district, suggesting Meta wants its first store to be more of an attraction that people set out to visit. Over the weekend, Zuckerberg posted a photo of himself trying out the Oculus in the store, with what’s visible to him displayed on a giant curved screen.

Although Meta will sell its video chatting device Portal and Ray-Ban Stories glasses on site, most of the store’s real estate will be dedicated to showcasing the Oculus headset, a Meta spokesman said. That makes sense given Zuckerberg’s reportedly obsessive focus on the metaverse lately.

Big Tech has a checkered history when it comes to retail. Despite Apple’s prominence with more than 500 stores around the world, Microsoft Corp. closed its retail outlets in 2020 to focus on online sales, while Sony Group Corp. shuttered most of its U.S. brick-and-mortar outlets several years earlier.

Meta also struggled to sell the Oculus headset in outlets of Best Buy Co. Inc., which closed many of the headset’s demo stations in 2017. The Oculus had prime real estate on “endcaps” of Best Buy store aisles, but analysts say the stations were often unmanned and customers probably felt awkward about the prospect of losing themselves in a virtual reality headset in the middle of a large store.

A spokesman for Best Buy said some Oculus demos were still being given at its stores in 2018, but all were shut down during the pandemic.

Meta’s plans to jump into retail make sense. Twenty years ago, Zuckerberg rode the unstoppable viral growth of the Facebook website, propelled by how easy it was for his users to hook friends into the free social network with just a link.

He faces a completely different task growing a metaverse business. Theoretical promises about the metaverse are a much tougher sell. To persuade consumers to buy an Oculus, Meta needs them to try it, since nothing conveys the experience of virtual reality like actually wearing a headset, (not even Zuckerberg’s weird and colorful, hour-long video presentation about the metaverse last year).

As someone who’s not only used a Oculus Quest but watched two different people try it and decide to buy their own device on the spot, I know there’s an undeniable “wow” moment for the uninitiated. The “First Steps” app on the Quest, for instance, shows a wearer how to use their virtual hands to pick up a paper airplane and throw it, or dance with a robot. It’s a remarkable experience but one that would also be difficult to convince people to try in a public place, like a Best Buy store filled with strangers.

That’s why it’s smart for Meta to control the environment where it can more directly encourage consumers to try its technology. If it can pull off creating a destination where tourists and locals flock to have a fun experience — as they do with retail outlets like M&M’s World or The LEGO Store — that could help spark word of mouth enthusiasm for its headsets.

Wagner James Au, author of “The Making of Second Life,” who blogs regularly about metaverse platforms, says Meta can’t underestimate the psychological barriers to introducing people to VR. “I’ve worked for metaverse platforms and you really have to wrap your arms around someone and manipulate their head and their face while you put this headset on them.”

Zuckerberg is under increasing pressure to get consumers to embrace his metaverse vision. Meta’s shares are down 40% since February, when Facebook revealed its daily active user numbers stopped growing for the first time ever.

Meta sold 8.7 million Oculus units globally in 2021, more than double what it sold the year before, and it has an 80% share of the VR market, according to IDC. But it also faces competition from companies with more hardware experience. Sony is gearing up to release its PlayStation VR 2 headset which will have unique features like eye-tracking and haptic feedback in the headset, while Apple is also working on its own virtual reality device.

Fortunately for Meta, both Sony and Apple probably won’t release their products until 2023, thanks in part to supply chain delays. But dominance in virtual reality can also flip quickly because the market is still so small. Just a few years ago, for instance, Sony was the market share leader with its PS VR headset, and Meta was nowhere to be seen.

And on the horizon is yet another fast-moving competitor. ByteDance Ltd., which owns TikTok, also runs China’s most popular seller of virtual reality headsets, Pico Interactive. That unit sold 500,000 headsets in the mainland last year. It’s still a fraction of what Meta sold, but ByteDance could also market its products heavily on TikTok to help build the business.

Marketing and distribution will be a critical but expensive step to help Zuckerberg make a success of his big pivot. His Reality Labs unit lost $6.6 billion in 2020 and another $10.2 billion last year chasing the metaverse business. Meta has said it expects to spend even more “for the next several years.”

If Meta replicates this first store around the world, shareholders should steel themselves for more money earmarked for commercial real estate, where prices have soared over in the past year.

Retail is an expensive move for Zuckerberg, but probably necessary given all he has bet on the metaverse. Given the lack of current alternatives from Sony or Apple, he needs to move quickly to experiment with his new format — one where he has no experience — to get his Oculus onto as many curious heads as he can and spread the word.

The bigger question is whether mainstream consumers, and not just gamers, will think the fun experience is worth the money when fears of a cost-of-living crisis are in the air and when socializing in the metaverse is messy and awkward. In that regard, there’s still plenty of room for skepticism.

• It’s Awkward Being a Woman in the Metaverse: Parmy Olson

This column does not necessarily reflect the opinion of the editorial board or Bloomberg LP and its owners.

Parmy Olson is a Bloomberg Opinion columnist covering technology. She previously reported for the Wall Street Journal and Forbes and is the author of “We Are Anonymous.”

Aberdeen among best small cities to start a business 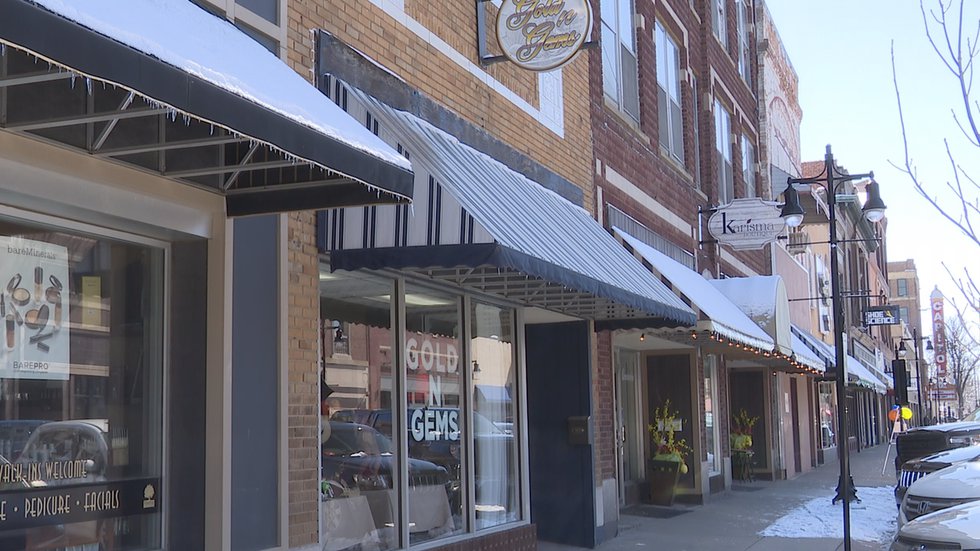